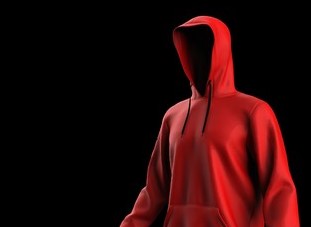 The Atlas Security Operations team was kept busy in the early hours of Tuesday morning as there were confirmed reports of two house robberies, an attempted burglary, and a trespassing incident. There was a common trend; all victims reported the presence of a suspect in a red hoody.

The house robberies occurred in Gazania Avenue (Sunridge Park) and Leipoldt Street (Fairview), just over two hours apart. The Sunridge incident saw the red hoody and his accomplice, both armed with firearms, throw a brick through the window to enter. They demanded cash and bullets from the victim before fleeing via the back of the property with a wallet, TV, laptop, and blankets.

The Fairview house robbery had the same entry method, a brick through the window for the armed red hoody to gain access. Again they demanded money and ammunition, fled with the TV, cell phone, and a wallet before fleeing via the back of the property. The suspect seemed to be injured at this point as there were drops of blood on the floor.

These weren’t the first attempts of the evening, as the red hoody and his friend were involved in a trespassing incident in Seine Street (Lorraine). The client pressed her panic button after seeing the two suspects jumping from her yard into her neighbour’s yard. Only 20 minutes later, the same two suspects attempted to break in through a client’s sliding door in Hawthorne Avenue (Sunridge Park)

Other incidents that occurred during the night included the following:

Early detection is key as criminals are catching residents by surprise, giving them the advantage. When caught by surprise, there is no time to reach for a phone to call for help.

There are two ways to be prepared; you either have a remote panic button with you at all times, or you can look at perimeter detection including beams, CCTV, a monitored fence, etc.

Being one step ahead of the criminals can save your life, as early detection can prevent a red hoody from entering your premises.

Contact our team today for a free risk assessment of your property. This will include a full analysis of the strong points of your security solution and highlight any weak points that you may have.