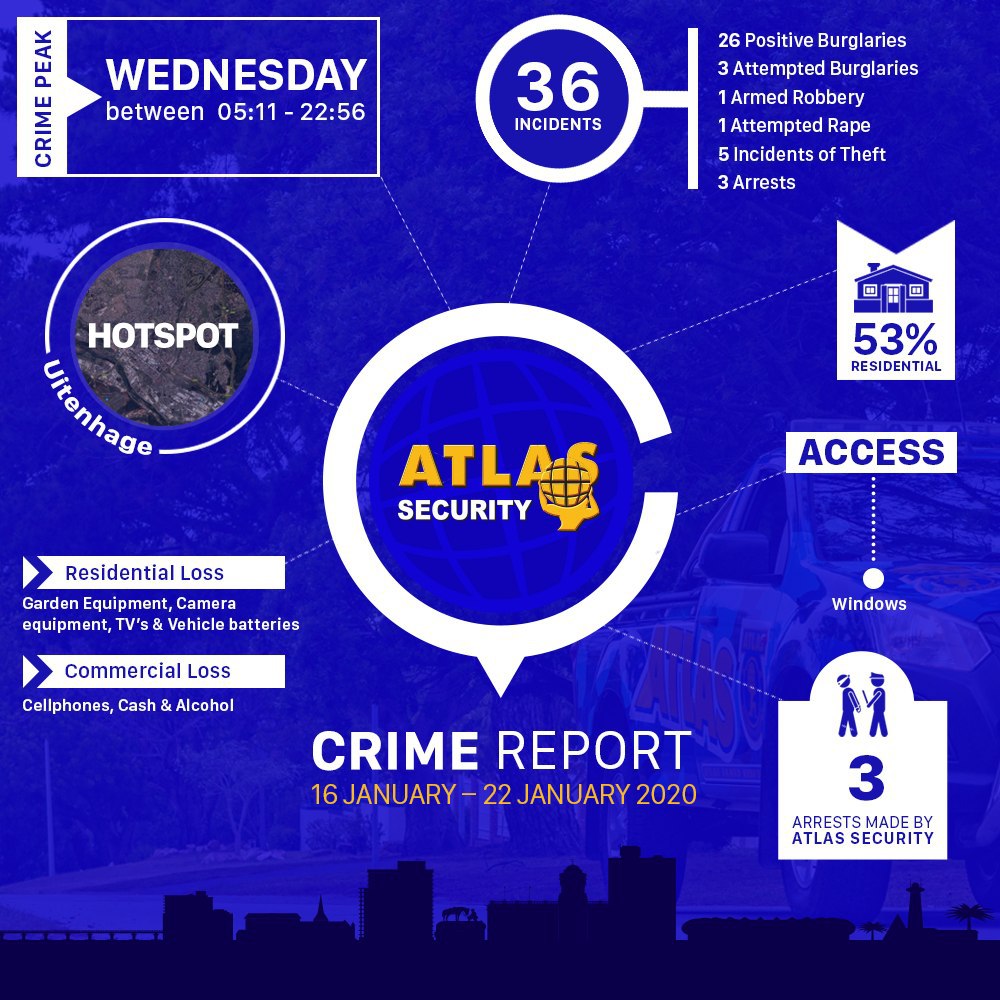 A total of 36 incidents were reported to Atlas Security. Of these, 26 were positive burglaries, 3 attempted burglaries, 1 armed robbery, 5 theft incidents, 1 attempted rape and 2 arrests were made.

The week saw a decrease in crime across the board, but still boasted an increase in burglaries. It is crucial that you get your alarm system, including your battery, tested to ensure the best possible chance for fast response. An alarming stat that presented itself is the attempted rape, where a suspect attempted to rape a client’s domestic worker at the gate of the premises, the client pressed the panic button and Armed Response arrested the suspect, but it shows how brazen criminals have become, fear is becoming less of a factor in their minds. We need to be aware of our surroundings and look out for anything suspicious.

We are all champions in our own right, but now is the time to become a champion in your neighbourhood. Champion your neighbours to joining Atlas Security and not only will you receive a free month per successful referral, but they will also receive their first month of monitoring and response absolutely free!