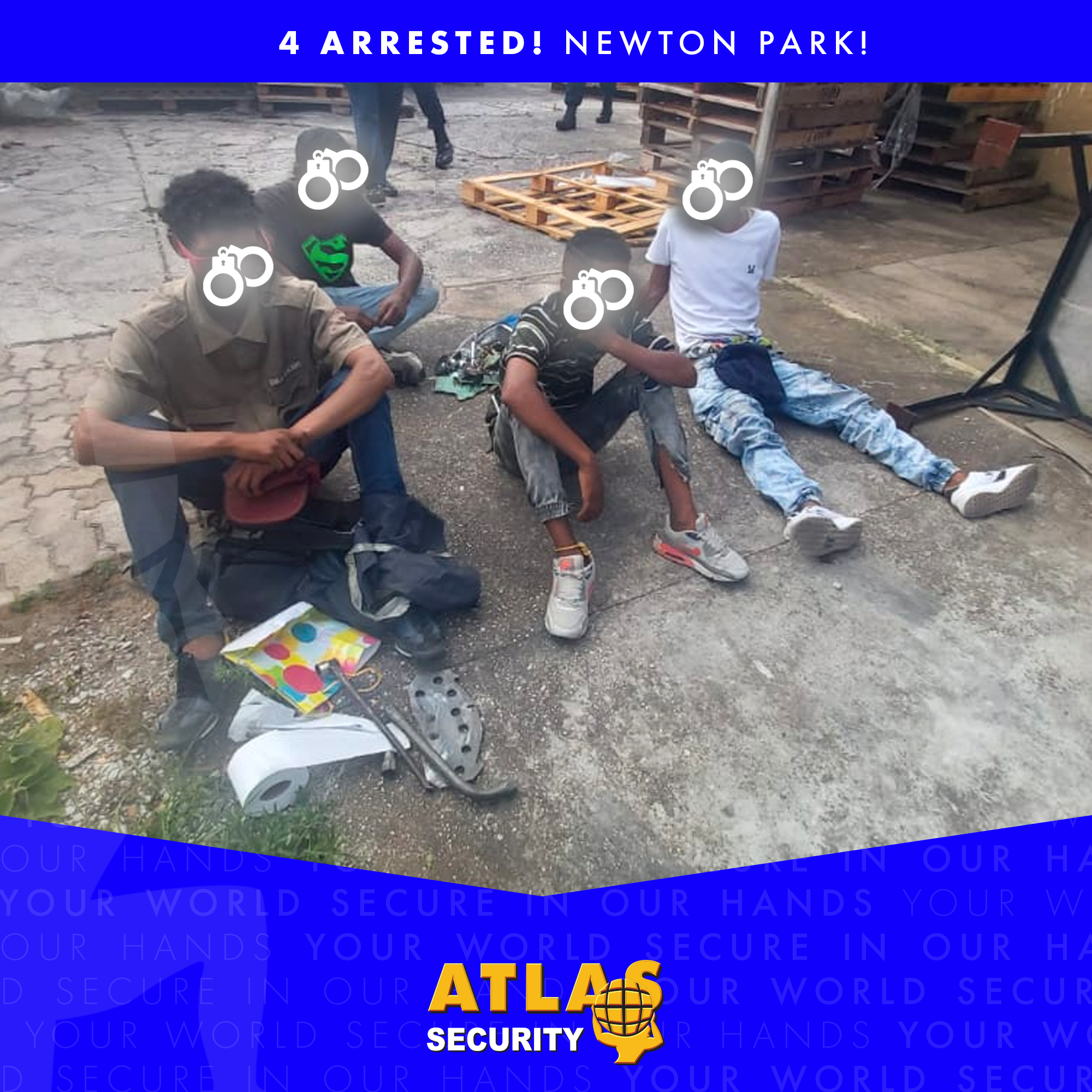 The incident began when our control room received an alarm activation from a business premises on Sunday. Our area vehicle was quick to respond to the scene and noticed 3 individuals standing outside a storeroom, while another suspect appeared to be inside the storeroom.

The first Armed Response Officer to arrive on the scene, B52 had requested back up as the 3 suspects entered the storeroom. Within minutes an additional 4 Atlas Security Armed Response units arrived on site.

The teamwork and additional back up paid off as all 4 suspects were immediately arrested.

The SAPS arrived on scene and detained the suspects for profiling.

The suspects were interrupted and arrested as a direct result of a signal to our control room.It was a busy start to the year with arrests being made by Atlas Security in Deal Party, Walmer and Fernglen