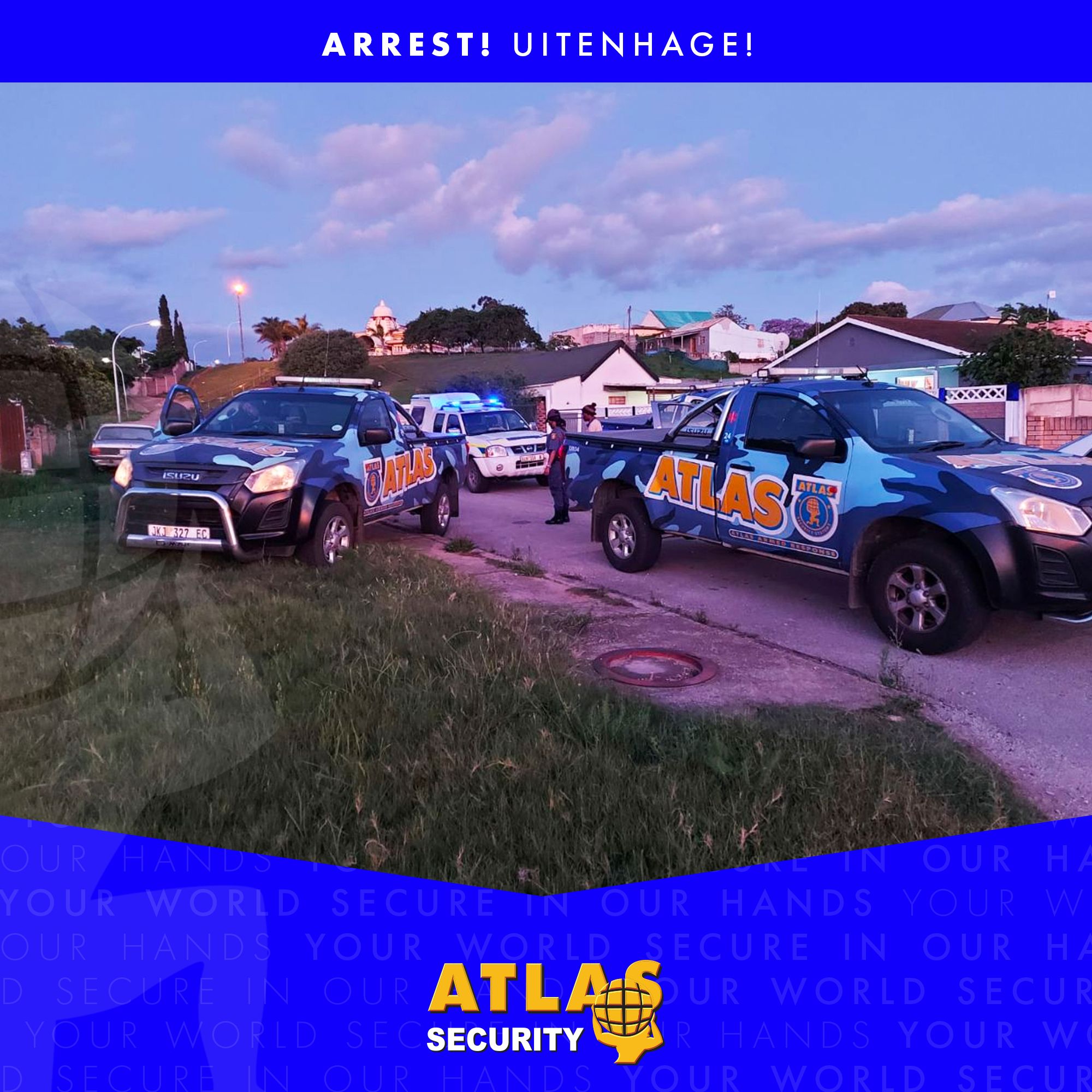 The Atlas Security Team showed their hard work and dedication off with a mammoth 8 arrests in one day, in 3 separate incidents.

It started in Despatch, when 2 suspects stole copper piping from a business in Military Road. The suspects attempted to flee into the bushes. B145 went in behind them and apprehended both suspects, they were handed over to the SAPS.

The next incident occurred in Uitenhage, where 2 suspects were apprehended for attempted murder in Caledon Street. Two suspect got into an argument with another male, which ended in the victim being stabbed and the suspects attempting to flee the scene. Armed Response was dispatched, and B76 was able to apprehend the suspects with the back up of B66 and B156. The suspects were handed over to the SAPS.

The day ended in South End when 4 suspects robbed 2 girls of their belongings in Webber Street. Armed Response got the description of the suspects and went out to find them. B17 and B67 apprehended 3 suspects in Alabaster Street, with another Armed Response company assisting in apprehending the 4th suspect. A great success for the community through great teamwork.

Achievements like this cannot be achieved without the passion and dedication that radiates through the staff at Atlas Security. The Control Room Operators, Armed Response Officers and Office Staff put it all on the line to make the community a safer one for you and your family.