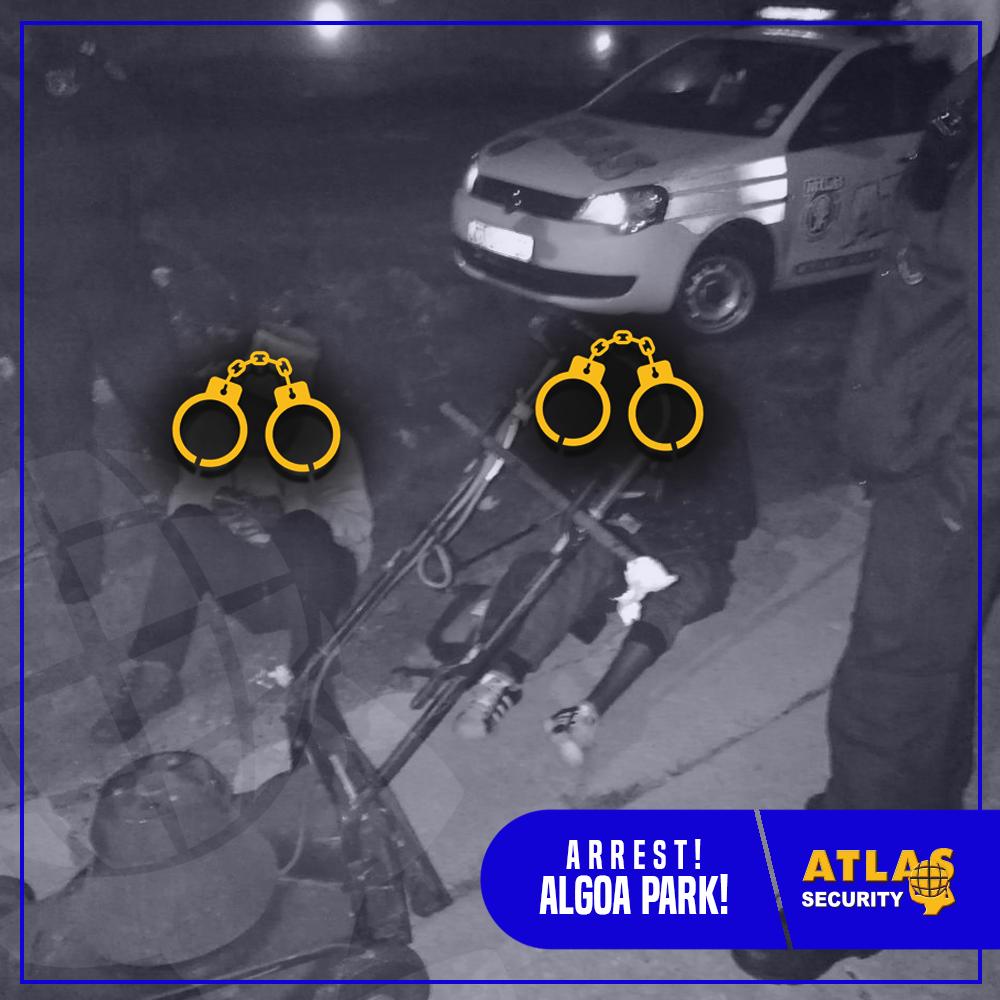 A week of successful arrests! ??

During the early hours of this morning, a panic signal came through to our control room from a client in Algoa Park. After making contact with the client he confirmed that there were suspects in the yard of his property.

The suspects were handed over to the SAPS for further investigation and profiling.

We will NOT stop! This again proves that having an alarm system in a good working condition pays off!

What makes Atlas Security different…? This!