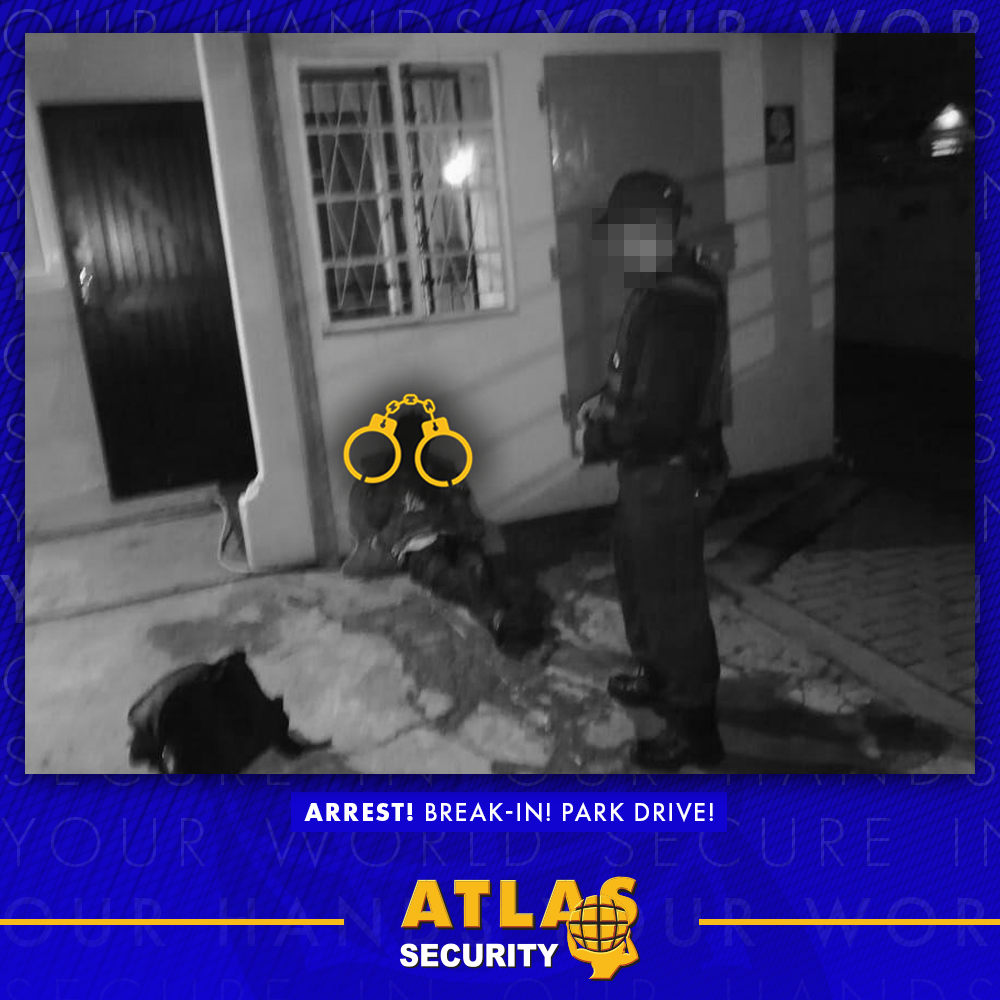 After receiving an activation signal from a business in Park Drive, Armed Response arrived to discover a break-in in progress.

The suspects gained access to the property by forcing a window open and breaking through the burglar proofing, they continued to work through the property and gather a few laptops, but their outing was cut short as the Atlas Armed Response Officers were too fast for them.

B114 arrived on scene and arrested one suspect, and reported that the other was on the roof, back up arrived but unfortunately the 2nd suspect got away. The suspect in custody was handed over to the SAPS and taken away.

Another victory in the war against crime, and our soldiers aren’t stopping anytime soon!