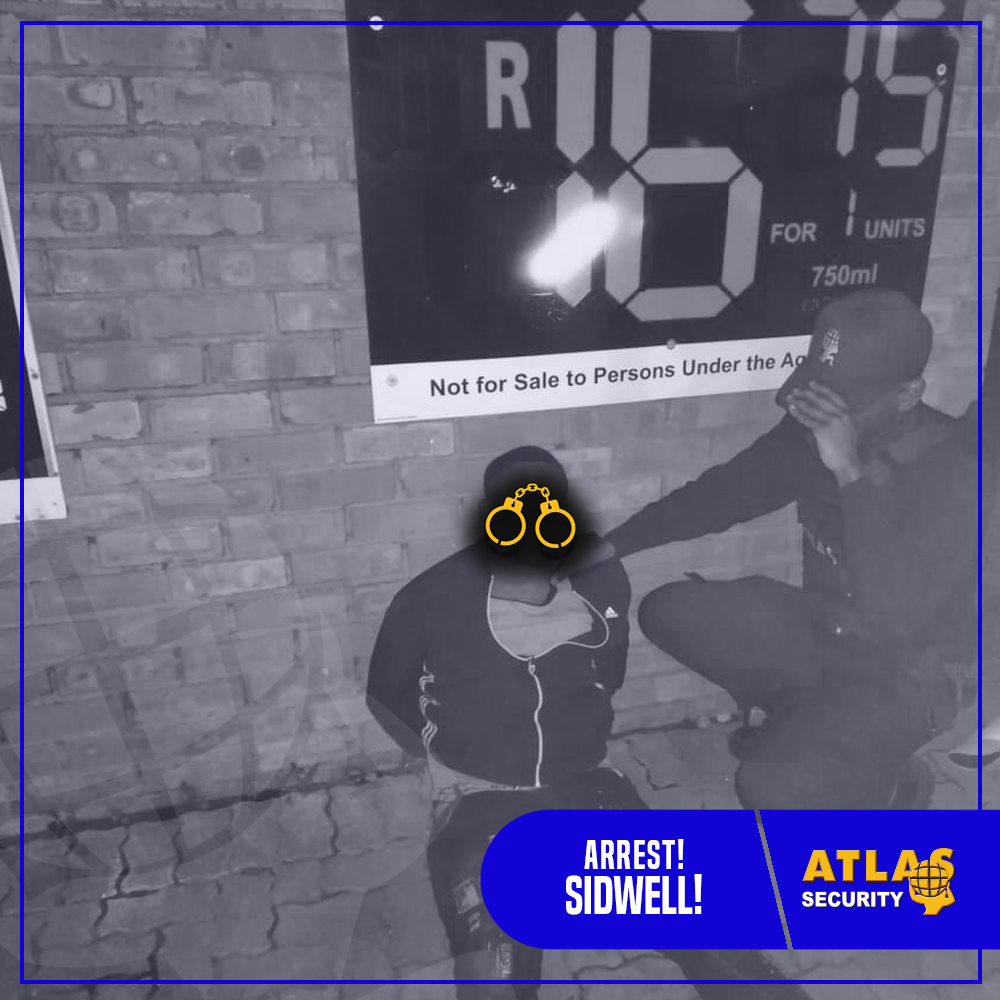 During the early hours of Tuesday morning, our control room received an alarm activation at a popular liquor store. Within record time, Atlas Security Armed Response Officers, B110 and B146 arrived at the property to discover that there had been a break-in. “When the officers arrived at the scene they found that the back door and security gate had been forced open, this gave them access into the property” says Operations Manager, Monty Montgomery.

Cases of liquor were placed outside, but one suspect was stopped when both Atlas Security Armed Response Officers apprehended him, the second suspect fled and is still at large. It certainly wasn’t a happy hour for the suspect who was arrested and handed over to the SAPS for further profiling.

Monty Montgomery says “We are incredibly proud of our team, having executed a number of arrests for July, due to fast response and vigilance home owners or businesses experience no loss”. This is the 7th arrest Atlas Security has made following an activation of an alarm in July – THAT’s what makes us different!