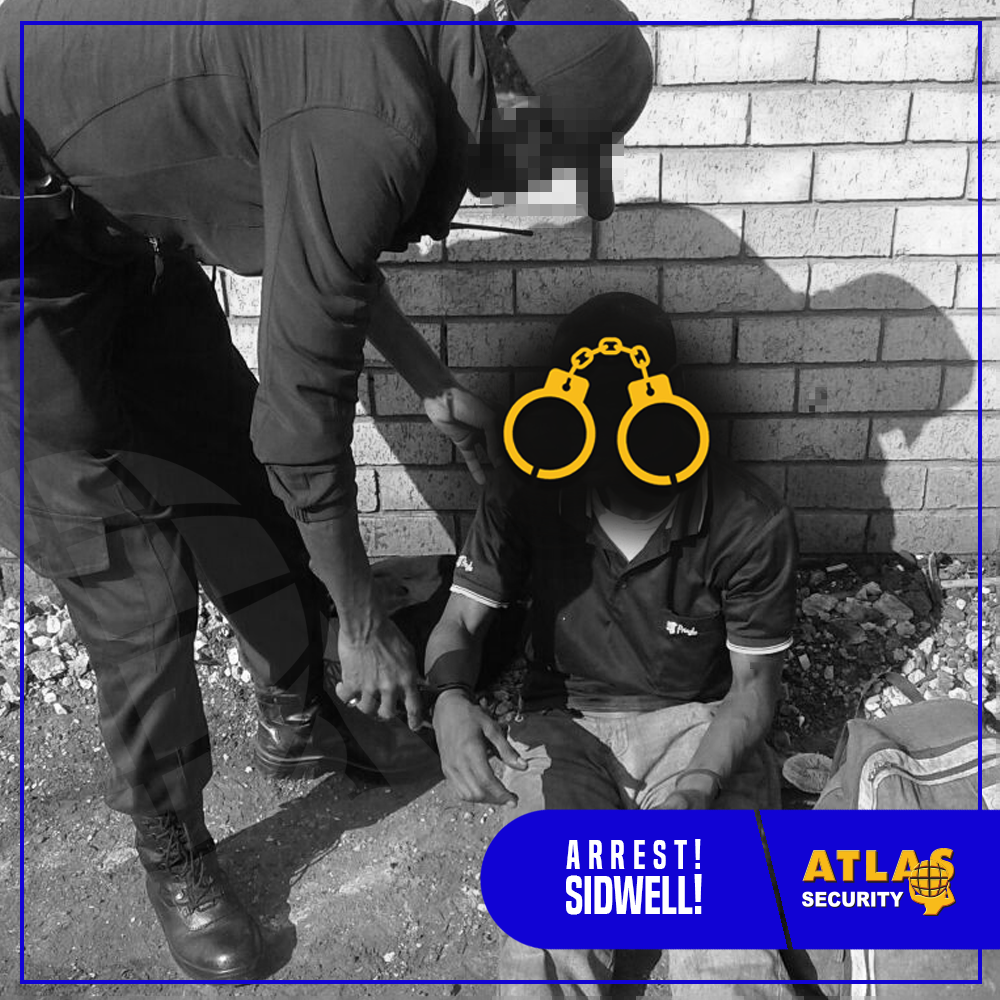 Atlas Security responded to a total number of 20 incidents during this weekend, including break-ins in Kamma Heights, Summerstrand, Greenbushes, Walmer and Uitenhage. Front door kicks and forced entry via doors were used as entry points to the majority of the break-ins.

On Saturday, our new trainee who was undercover during the time, noticed an individual who had gained entry to a business premises, he alerted our control room who then dispatched back up, during this time he swooped in and arrested the suspect after he jumped over the wall, visible forced entry and video footage of the suspect and the arrest was caught.

Atlas Security’s Operations Manager, Monty Montgomery says “Our investment into our new recruits and the selection of this young and driven team has already started bearing fruit. We are proud of Atlas Security Armed Response Officer, B148 on his first arrest, we commend him and his team on the swift response, THIS is what makes Atlas Security different!”

We would like to urge residents to work with us and the SAPS by laying charges against suspects when they are arrested as this will hopefully deter them from committing more serious crimes down the line.