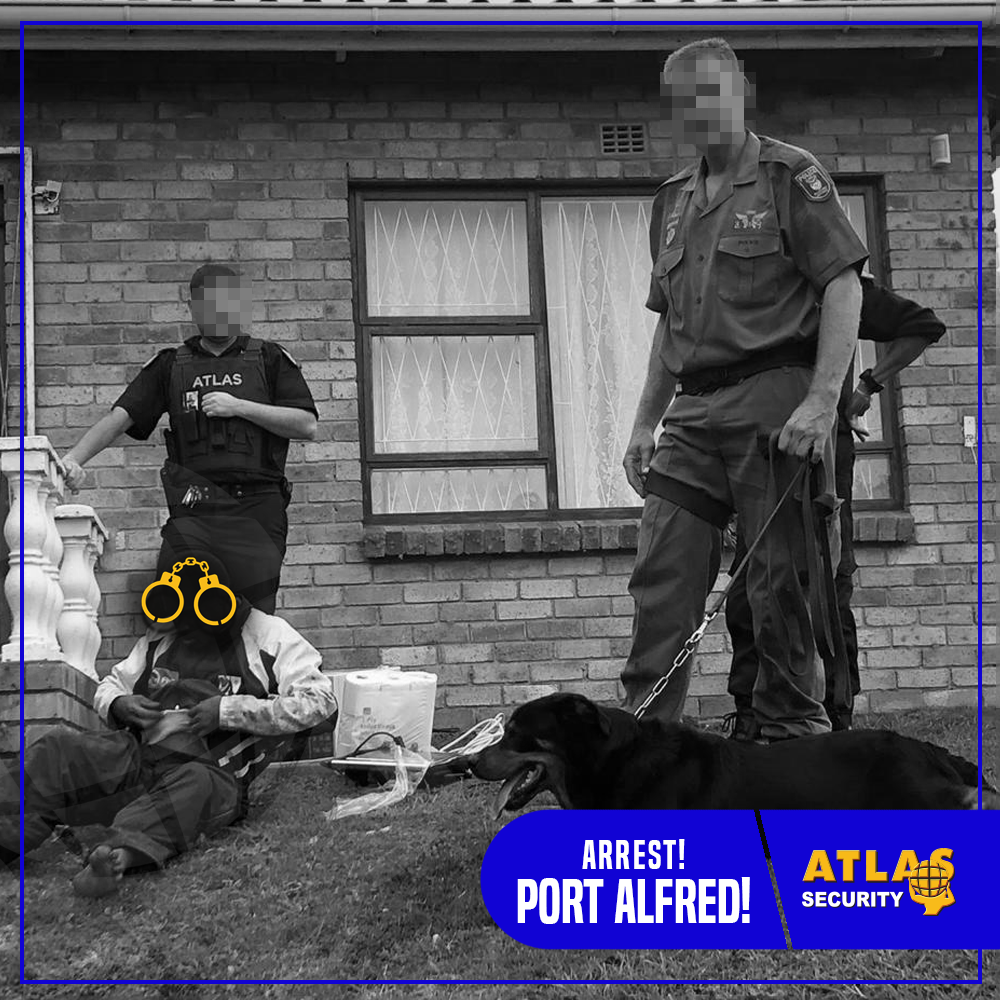 Earlier this morning Atlas Security received a positive activation from a client’s home in Station Hill.

Atlas Security arrived on site and immediately noticed signs of forced entry. Atlas Security back-up vehicles in the area were notified, our control room also made contact with the K-9 Unit to assist in the search for the suspect/s

Atlas Security Armed Response Officers noticed someone in the bush and begun securing the area while the K-9 Unit went into the bushes. One suspect was spotted and immediately arrested. The suspected stolen goods were found in his possession. The SAPS informed our team that he has been linked to previous house break-ins and theft.