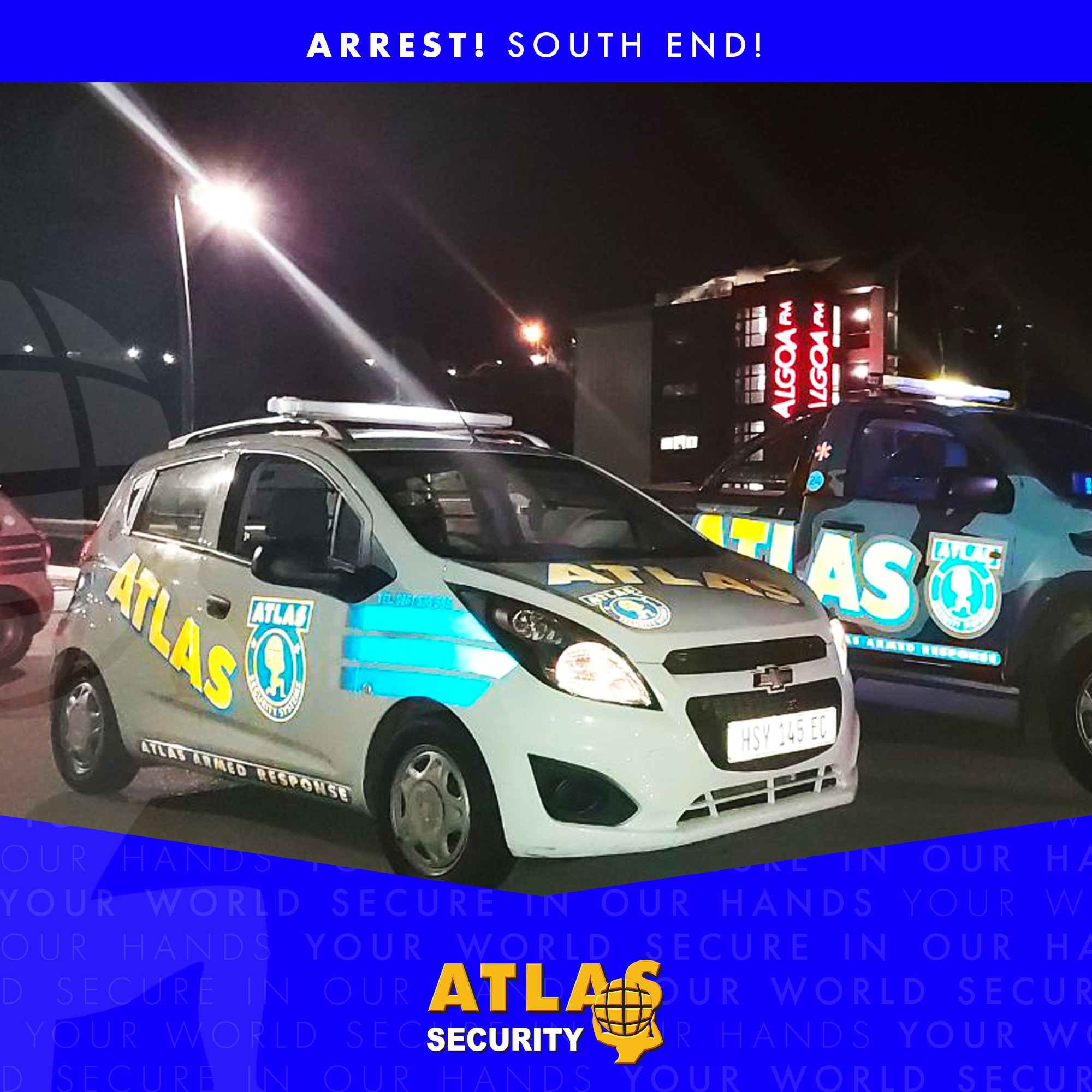 ANOTHER SUSPECT CAUGHT IN SOUTH END

During the early hours of this morning, the Atlas Security Control Room received a panic signal from a client in Webber Street. It was reported that suspects were breaking through the front door and that he urgently needed assistance

Armed Response was immediately dispatched, arriving on scene within minutes. The Armed Response Officers on scene gained the necessary information of the suspects and the search began. A Metro Police vehicle was busy patrolling the area at the time, and together with Armed Response found and arrested the suspect in Brickmakerskloof.

Teamwork is once again the winner in the war on crime.