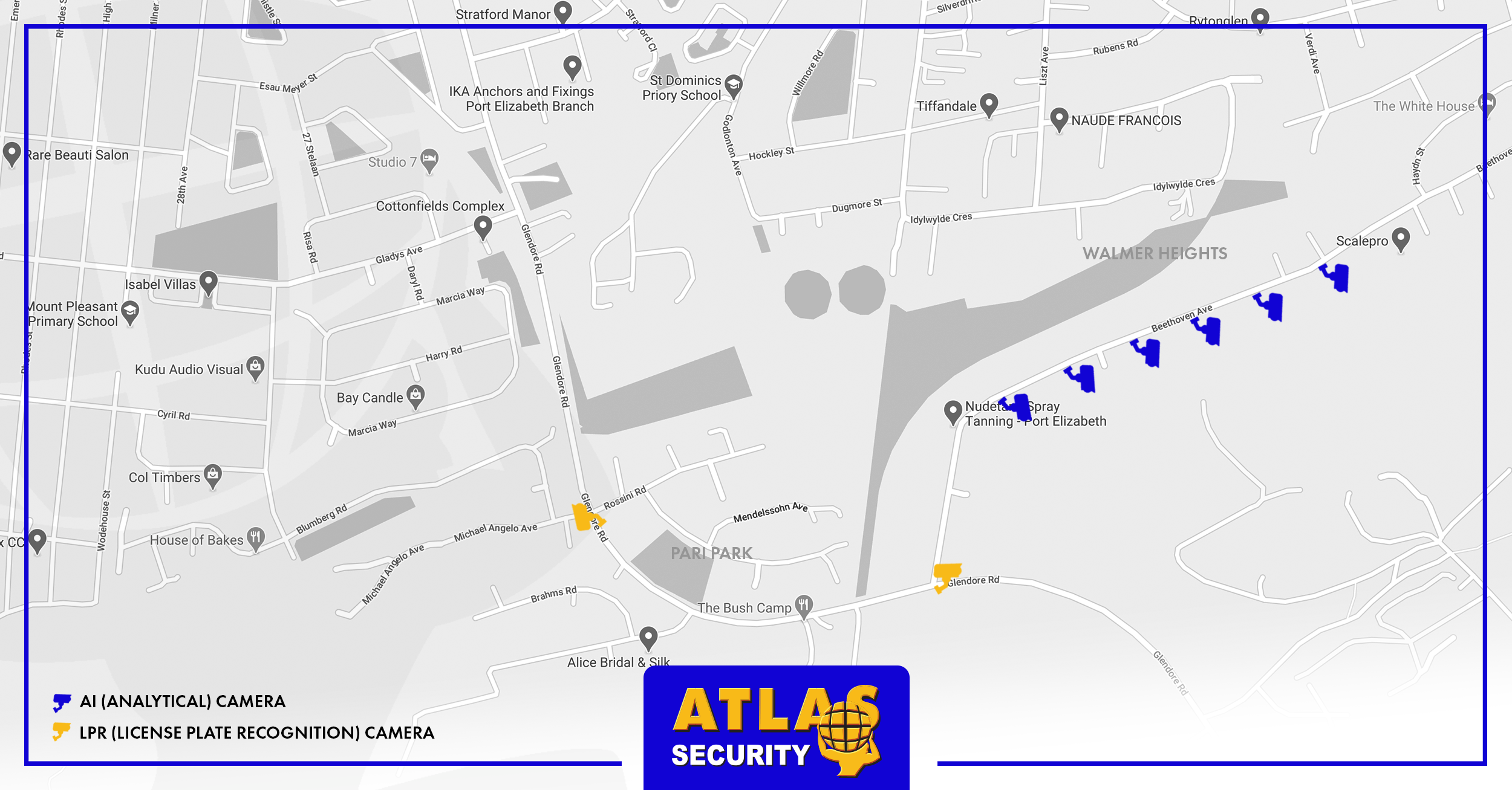 An area is only as safe as its weakest link – which is why a multi-layered approach in securing your area is crucial for a safer suburb.

Both Walmer Heights & Pari Park were once referred to as “hotspots”, between the two suburbs up to 20 burglaries were reported monthly. This figure has decreased dramatically over the last 2 years.

Homeowners and residents need to be accountable for their own security, ensuring your home is lit up at night, your alarm is in good working condition and you have secured your property as much as possible. Any weak link in the chain will always invite a possible threat into the area.

Atlas Security has had many successes in both these areas, having recently arrested a number of suspects. In June 2020, two suspects were arrested after a house burglary in Beethoven Avenue and another suspect was arrested in Titian Road on the same evening. Read about the arrest here

In April 2020, another two suspects were arrested in Beethoven Avenue following copper theft. In 2 years, Atlas Security Armed Response have made 15 arrests in Walmer Heights.

How have we done this?

Watch how our Analytical Camera prevented a possible crime in Beethoven:

Below is a map of where our cameras are positioned.

The synergy between camera intelligence, control room efficiency, vigilant clients, a dedicated 911 WhatsApp group and a speedy reaction from our armed response, we’re committed to ensuring that these areas remain safe.