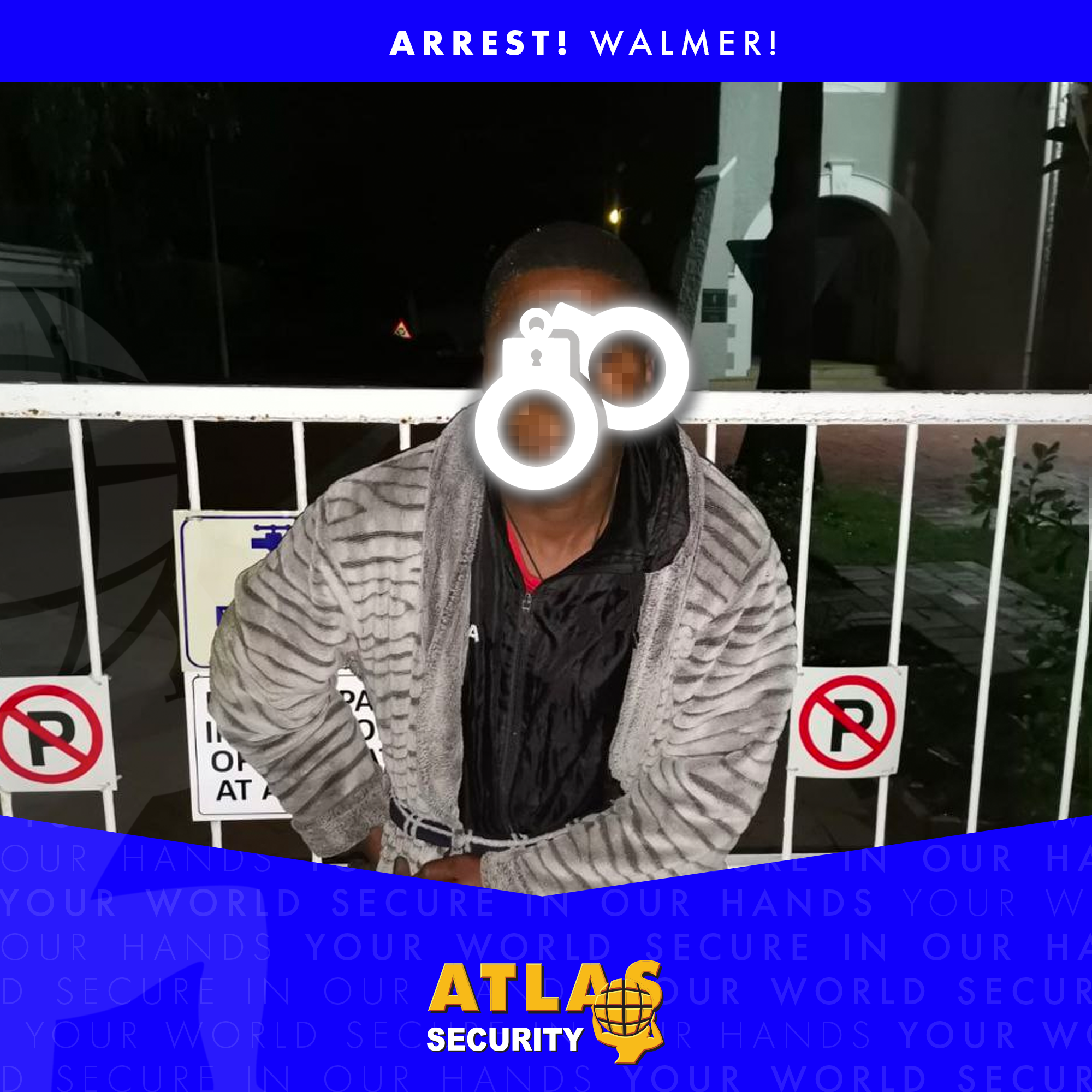 Armed Response officers in Walmer apprehend another criminal as crime is dramatically increasing.

The Atlas Security Control Room received an activation in the early hours of Tuesday morning from a school in Villiers Road, and immediately dispatched Armed Response. Officers arrived to find that a sliding door had been removed and a generator was sitting outside, which made no sense to the client as they did not own a generator. The SAPS arrived and booked the generator in, while Armed Response fixed the sliding door.

A short while later, the Control Room received information that there were suspects in their yard in Villiers Road, which was next door to the before-mentioned school. Armed Response was dispatched and arrived to find that a generator, ladder and a lawnmower had been stolen. The officers on the scene informed the client that their generator had been booked in with the SAPS and it was suspected that the criminals had returned to fetch their loot.

Our Armed Response Officers weren’t leaving without ensuring a thorough search of the area, and revisited the school’s yard to start their search. Their gut feeling was correct; the suspect was found hiding in the bush and was apprehended by Armed Response. CCTV footage was obtained from the school of the suspect and will be handed over as evidence to the SAPS.

Would you not want your family protected by Officers like this? Contact Atlas Security today for a free risk assessment!