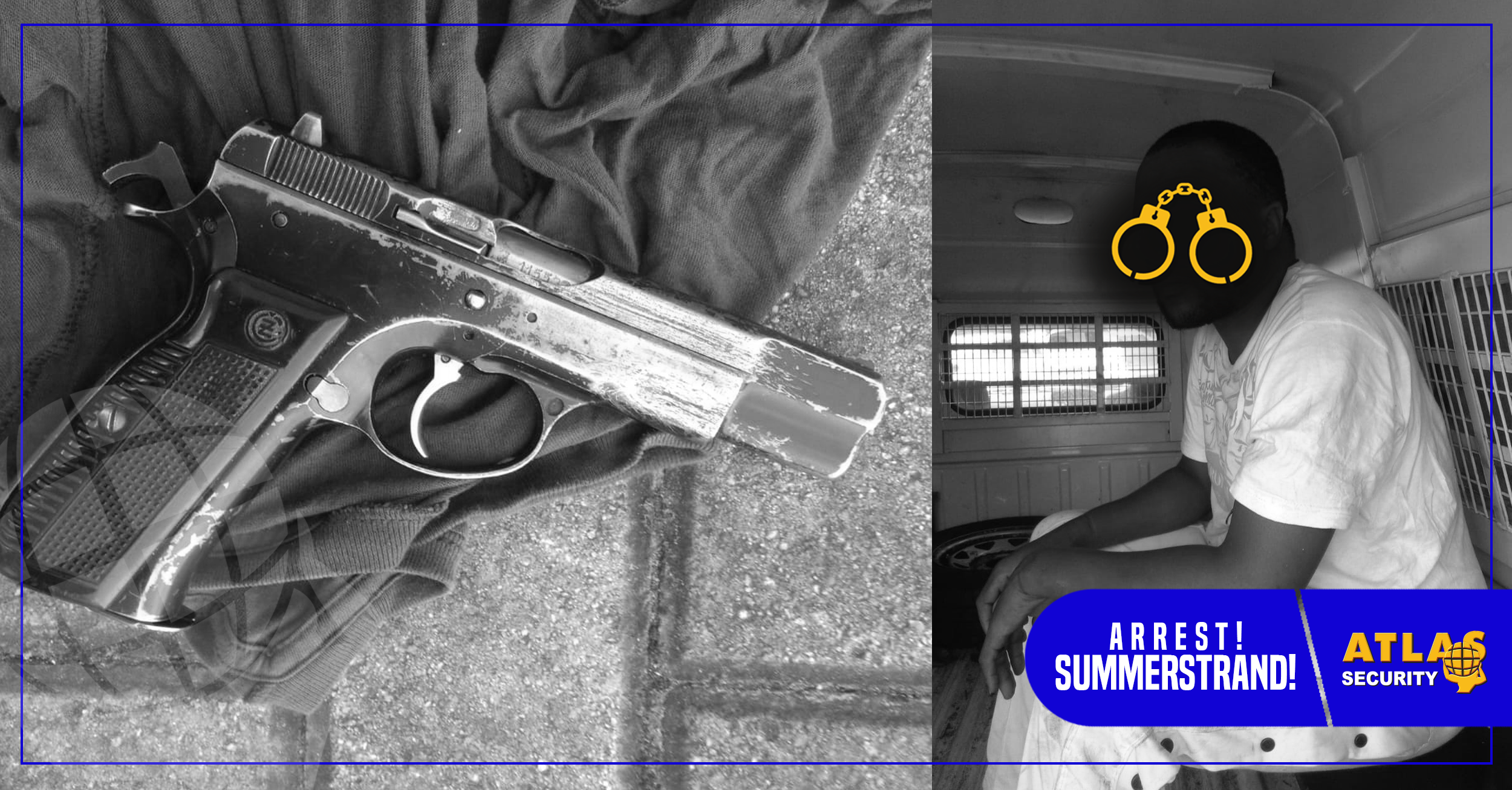 Teamwork between Atlas Security Armed Response Officers and a member of the Community, saw the successful arrest of a male suspect shortly after mugging a lady.

A vigilant resident in Summerstrand alerted our control room via social media that she had just witnessed a lady being mugged on the corner of Bradley and Tenby Road, information was circulated to our Armed Response Officers that a theft had occurred. Atlas Security immediately dispatched our Dedicated Patrol vehicle to search for the suspect, ongoing communication through voice notes from several residents in the area gave us a clear description of the male.

Further information ascertained indicated that the suspect was armed with a firearm and had jumped through a number of properties in an attempt to avoid being caught. Back up was called to assist in searching for the suspect.

Our control room had advised our team on the ground that the male had been seen on our CCTV cameras in the area. It was then noted that the suspect had locked himself in a wendy house on a property. Our Armed Response Officers swiftly moved in, he was found and arrested by Atlas Security. A firearm and the stolen cellphone was recovered. He was confirmed as being the same man who had mugged a lady. We would like to commend the vigilant residents for alerting us.

This arrest reiterates the success in our Dedicated Patrol Service areas, allowing faster ARMED response backed with hi-tech CCTV technology and the commitment between Atlas Security and the Community to a zero tolerance on crime in the area.

What makes Atlas Security different…? This!