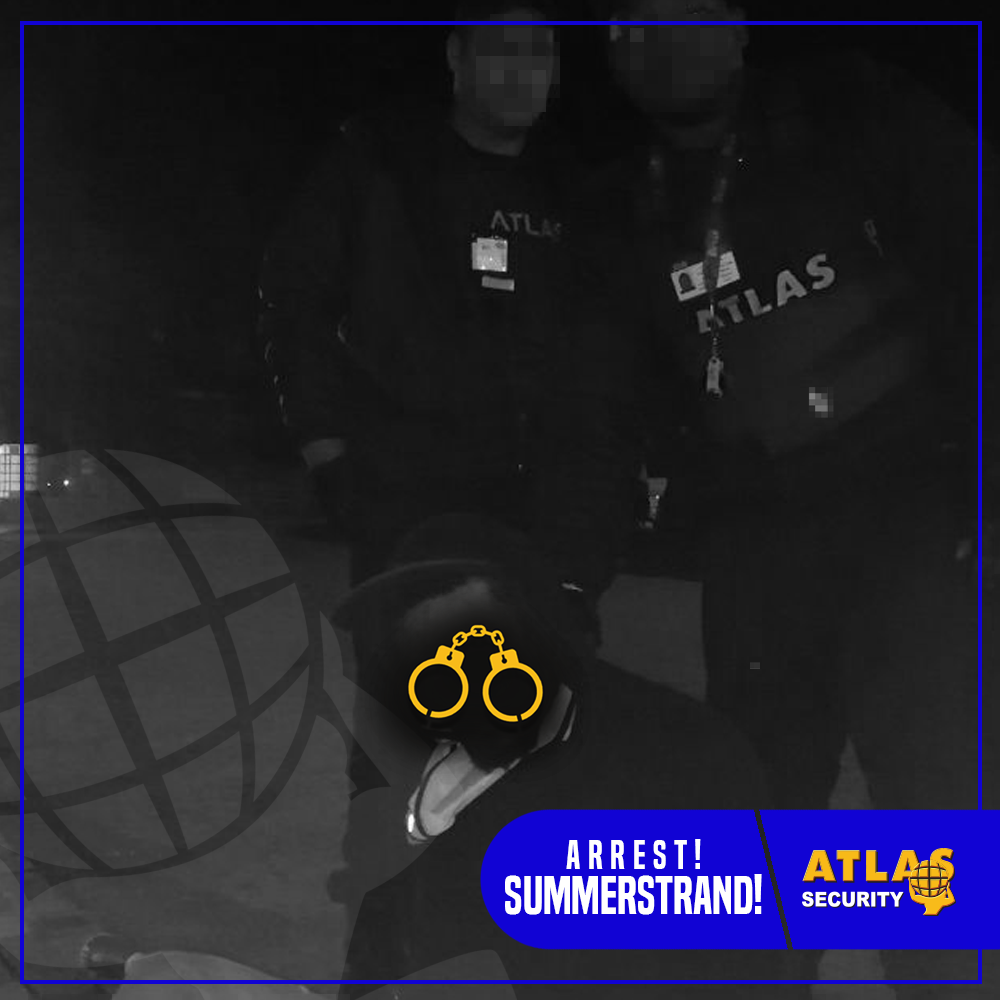 Pro-active policing by two Atlas Security Armed Response Officers led to the arrest of an alleged thief after our control room received information at the early hours of Thursday morning that two suspects had broken into a vehicle and ran away.

Our Armed Response Officers spotted one of the suspects matching the description and gave chase. It was established that an incident of theft from a motor vehicle had occurred on the same road in Humewood, both suspects had fled in different directions.

Armed Response Officers, B149 and B60 saw one suspect and apprehended him outside of a popular pub on the beachfront in Summerstrand. The owner positively identified the suspect as being one of two that had broken into his vehicle. All items except for one were recovered and were handed back to the owner. The suspect was arrested and handed over to the SAPS. The second suspect remains at large.

Atlas Security’s Operations Manager, Monty Montgomery said “We would like to thank all members of our team for their vigilance and their proactive action which directly linked to this arrest. While June was a difficult month for positives incidents across Port Elizabeth, we’re sending a strong message to criminals that crime will not be tolerated and we will continue making it more difficult for suspects to evade detection in the event of an incident, we have started July off on a good note with 4 arrests already”.