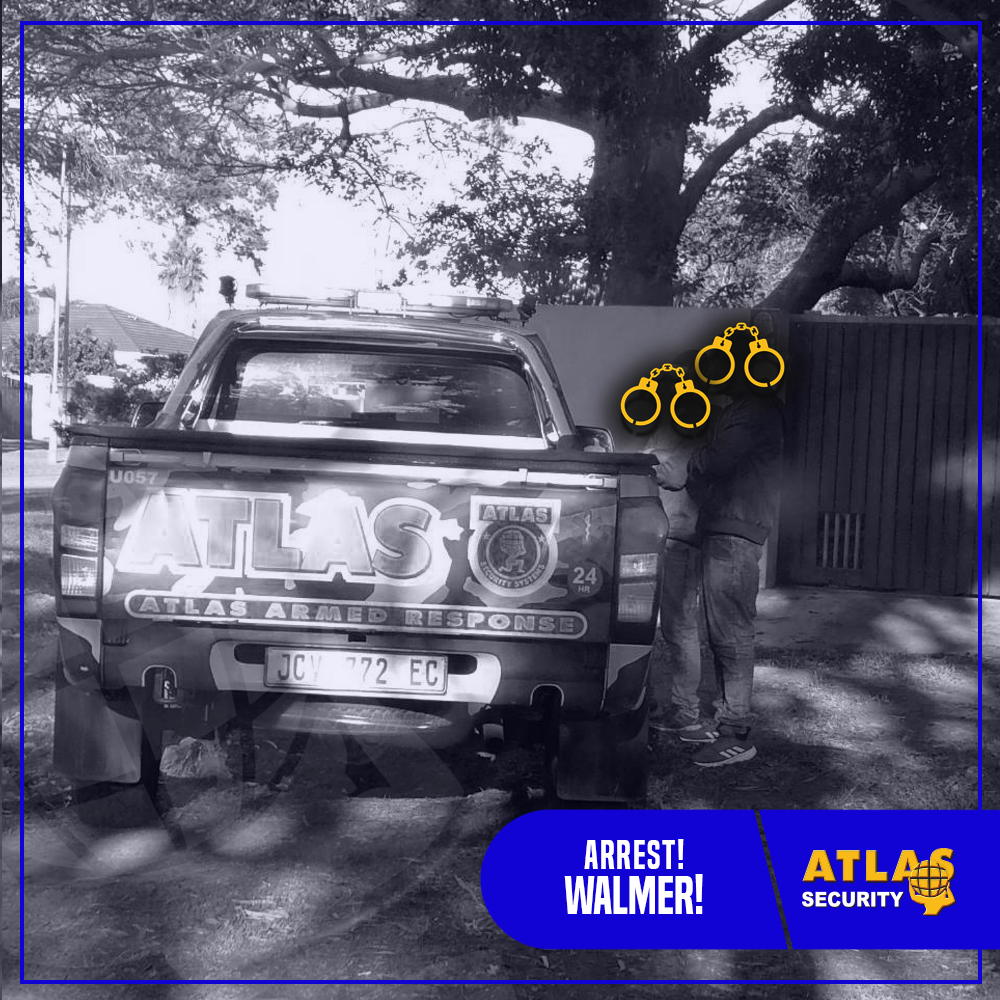 Atlas Security DPS Officer responded to a residential home in our Walmer DPS area following a panic signal. The officer responded to the scene after receiving a report that a trespasser was on the premises. On arrival the domestic on site had informed our Armed Response Officers that two individuals were in the yard and fled after she pushed the panic. Armed Response Officer, B128 received a description from the domestic and proceeded to pass on the information to our area vehicles.

Soon after the information was circulated, our Armed Response Officer spotted two males in 5th Avenue matching the description. He immediately swooped in and apprehended both suspects. They were both positively identified by the domestic.

The SAPS took both suspects into custody for further processing as it’s alleged that they may linked to a robbery of a person which occurred in the area and other crimes.