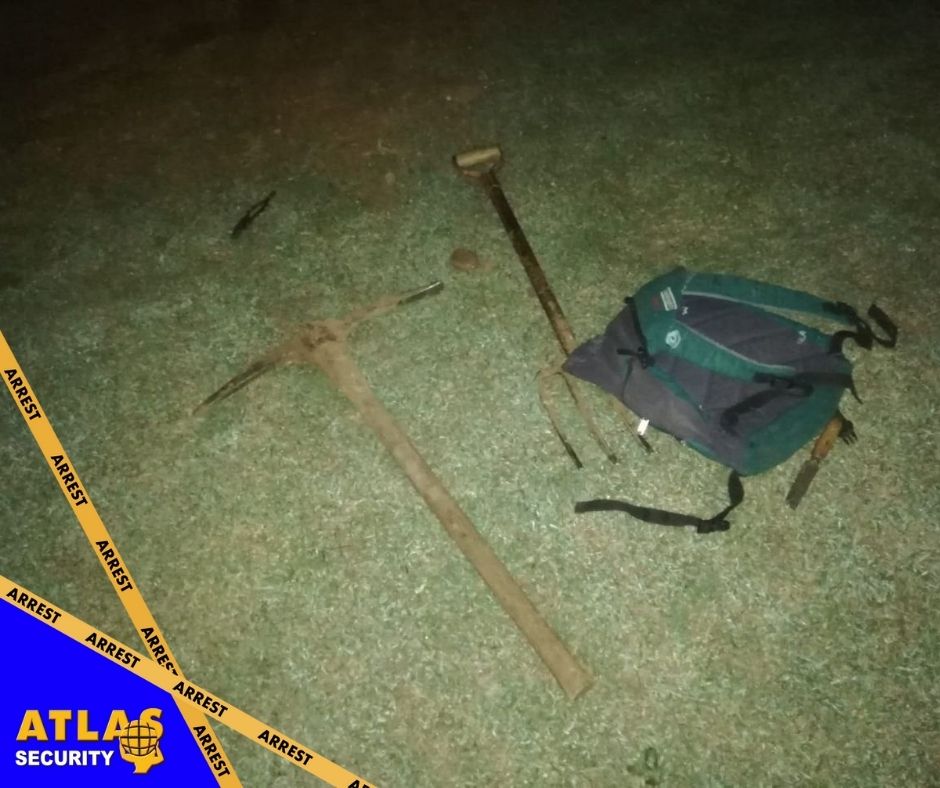 By Kyran Van Rooyen
comments off
291
0

Our control room received an emergency call in the early hours of this morning from a resident in Uitenhage who had witnessed a theft in progress. Two suspects were seen carrying a large roll of copper cables from premises in Rosedale.

Atlas Security Armed Response Officers were immediately sent to investigate. B112 and B101 arrived on the scene in 1 minute and 22 seconds and began to search the premises. The suspects were spotted on-site in a dark corner of the premises near the entrance to the facility.