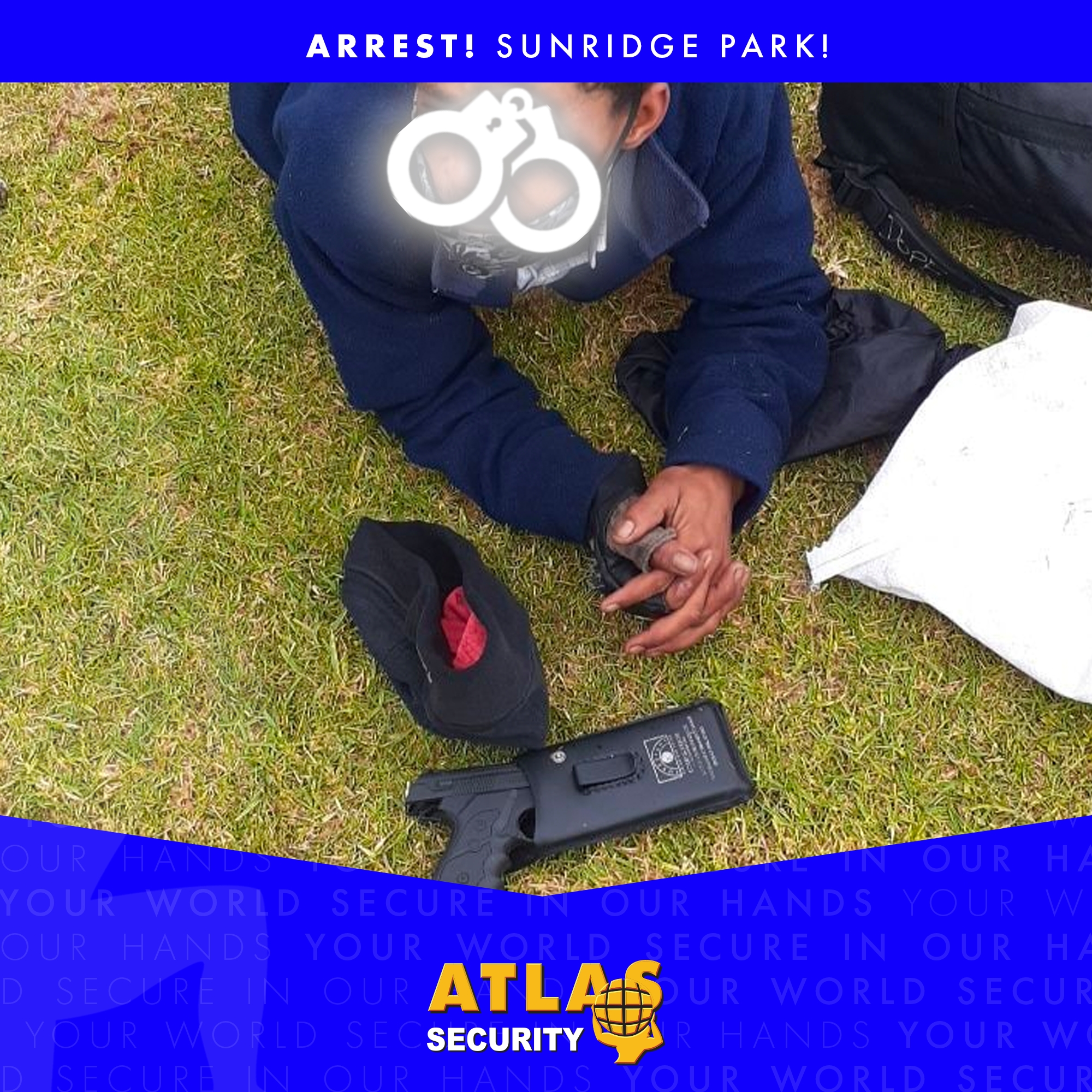 On Sunday morning, while patrolling in Sunridge Park, Armed Response Officer B98 noticed a gentleman with a hoodie, walking with a backpack and an unusually large amount of scrap metal, the gentleman started behaving suspiciously once seen.

As part of our proactive approach, Officer B98 stopped and asked the gentleman some questions about where he was going and what he was doing, which he was unable to answer. While questioning him Officer B98 immediately noticed a concealed firearm on his person.

Officer B98 detained the gentleman and requested back-up and SAPS assistance. The firearm later turned out not to be real, however the suspect was also in possession of car keys that he could not explain.

The gentleman was arrested by SAPS for possession of a firearm and suspected stolen property. The suspect was taken by SAPS for profiling – any connection to recent criminal activity in the area is being investigated. #YourWorldSecureInOurHands