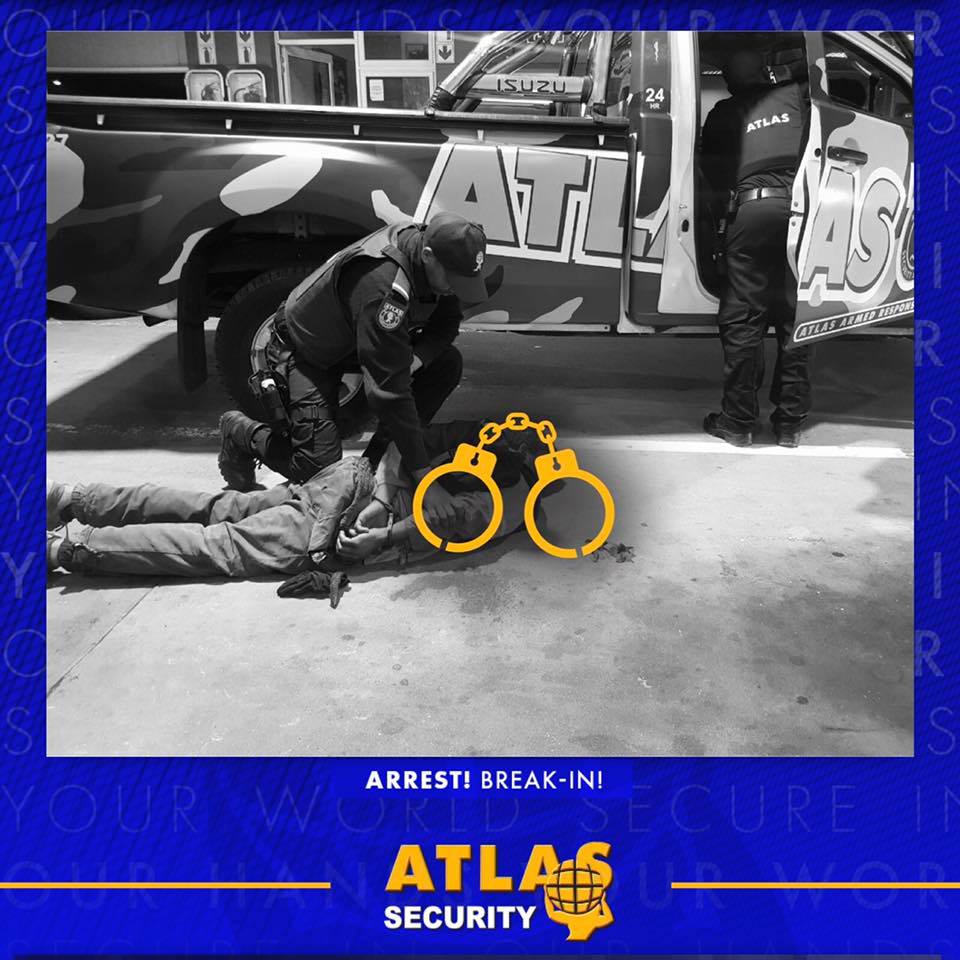 In another incident in Charlo/Broadwood. Atlas Security Armed Response Officer, B14 was informed by a staff member at a nearby fast food outlet that they had been robbed of their cellphone while arriving for work. Information was gathered and passed on to all the area vehicles to be on the lookout for the suspect. During the patrol, one of the area vehicles spotted the alleged suspect matching the description, he was approached and asked about the incident. A cellphone, which was identified by the victim as stolen, was found. The suspect was arrested.

Having the most Armed Response Vehicles, biggest team of Armed Response Officers, means we can deliver results faster! As we start approaching the 300 mark with arrests for 2019, our team are confident that our contribution and determination to a safer city continues to bring positive results!