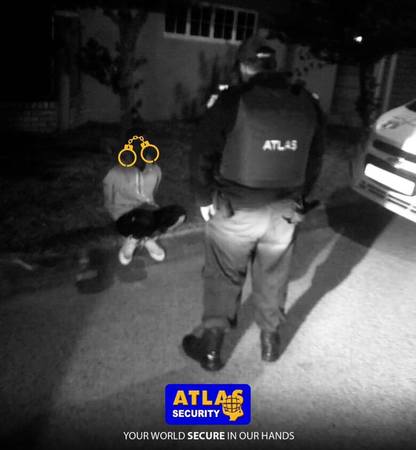 Outdoor beams, trip up a would be robber in Charlo

Atlas Security responded to a positive activation in Charlo. A trespasser had triggered the outdoor beams on a client’s premises. Before the suspect could flee very far, our Armed Response Officers arrested him. The suspect has been handed over to the SAPS.

Outdoor beams are a further layer of security, keeping you one step ahead of criminals.

Meanwhile in Newton Park, two suspects were arrested by Atlas Security Armed Response Officer, B99.  The Suspects were caught stealing a truck battery from a property. They were handed over to the SAPS.