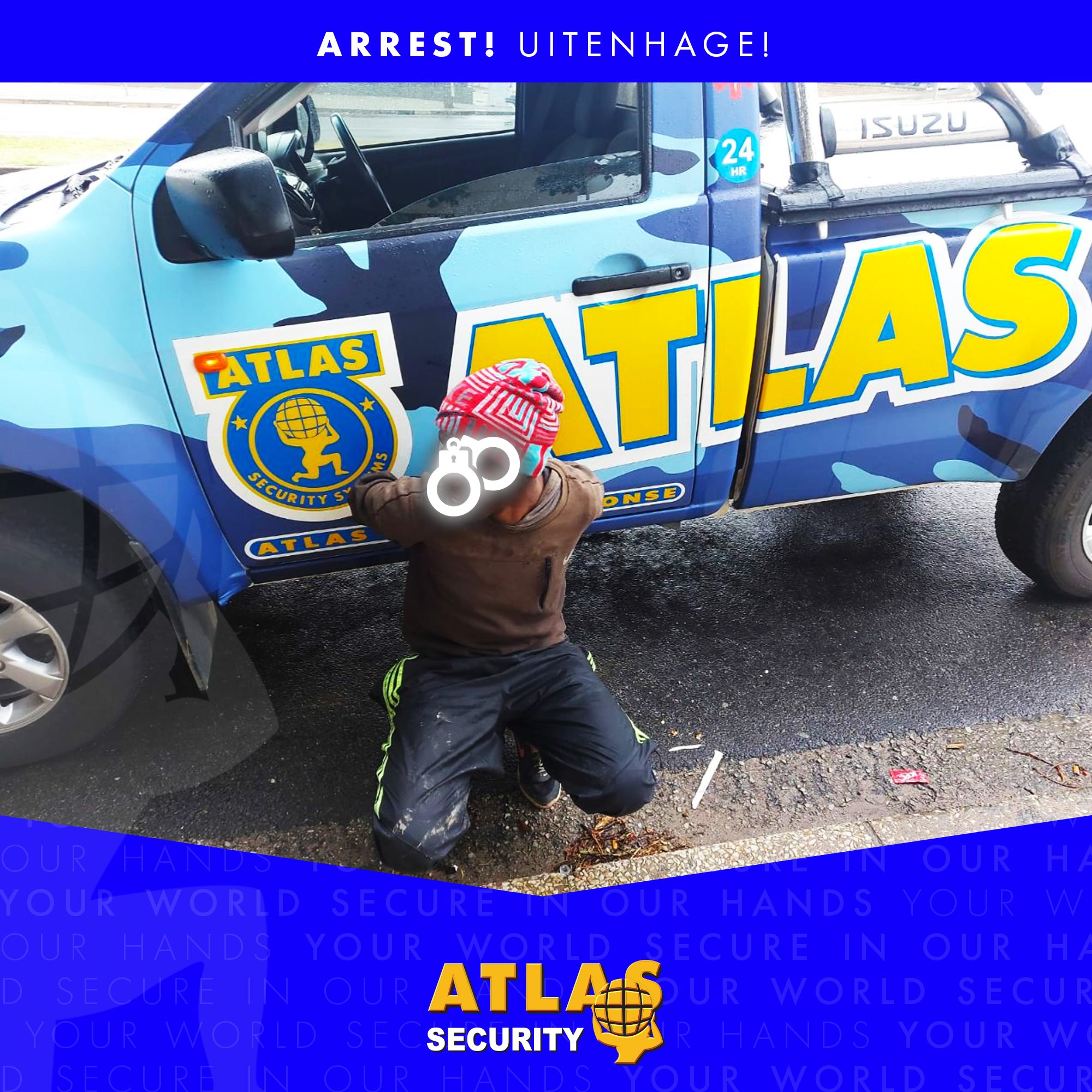 The Atlas Security Control Room received a panic signal on Friday morning, with information of someone being robbed in Inggs Road. Armed Response was despatched to the scene where a 62-year-old lady was stabbed in the head, neck and hand during a robbery of person incident, while she was walking across the park. Armed Response Officer, B76, took all the details of the suspect and the hunt began.

It didn’t take long to find the suspect as B76 swopped in on him and apprehended him. The stolen items were recovered as well as the knife that still contained the victims blood.

The victim was rushed to hospital and the SAPS took over the scene. A great success from a very traumatic situation.