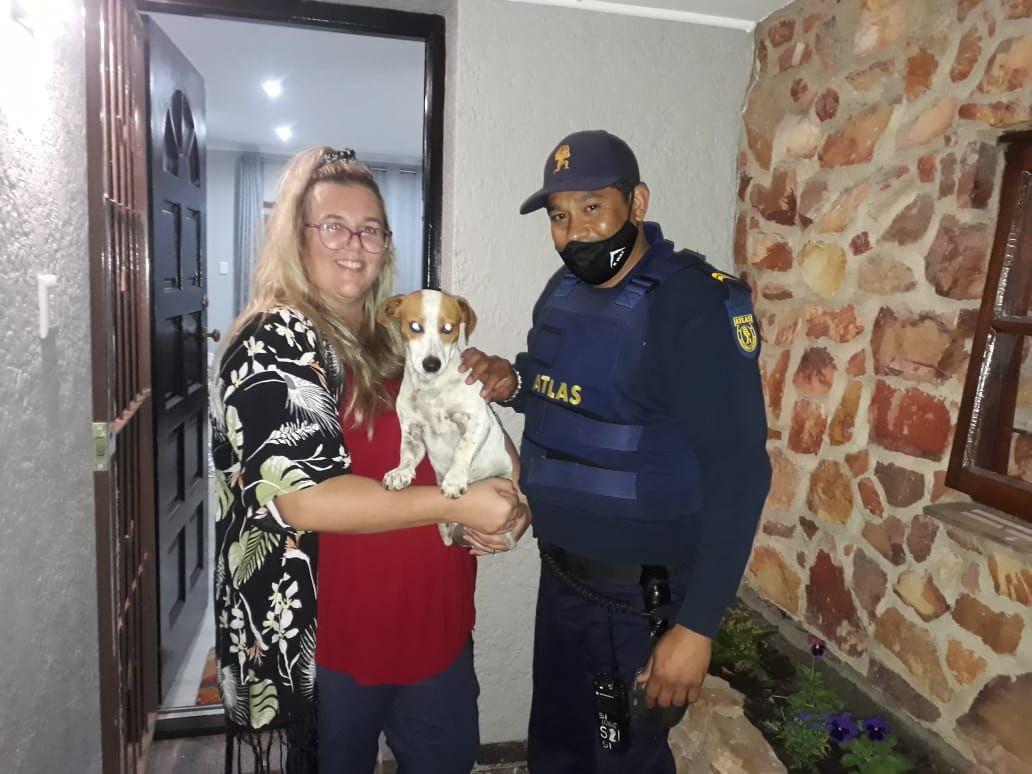 Atlas Security Armed Response Officer, B122, was on patrol in Woodlands when he came across a dog that seemed lost. He tried to catch it, but it kept running away from him. He found it again at the fuel station on Circular Drive where the dog decided that the chase was fun but playtime is over, and willingly jumped into the Response Vehicle.

Jacks, the little Jack Russel, went home with B122 after the shift and a picture of the pooch was circulated to community groups in a search of the owner. The overjoyed parent claimed ownership and arrangements were made to collect the fur baby from the Armed Response Officer.

We understand that your puppies are part of your family, which is why we will do what we can to protect them as well. Well done B122, you gave Jacks another reason to keep that tail wagging.