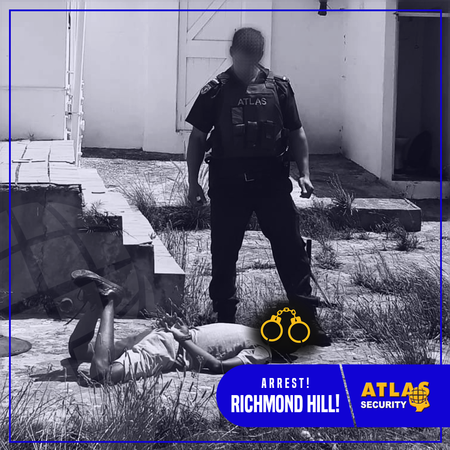 The one suspect was arrested in the yard, while the other suspect ran back into the house and hid in a room; during this time he also told our officer that he lived on the premises. Once the owner of the property arrived, we were able to gain access to the inside of the home and arrest the second suspect. All the goods were recovered and both suspects were handed over to the SAPS.

Incredible efforts from Atlas Security Armed Response Officers, B3, B11 and B36! This brings the total number of arrests for November across Nelson Mandela Bay to 18!