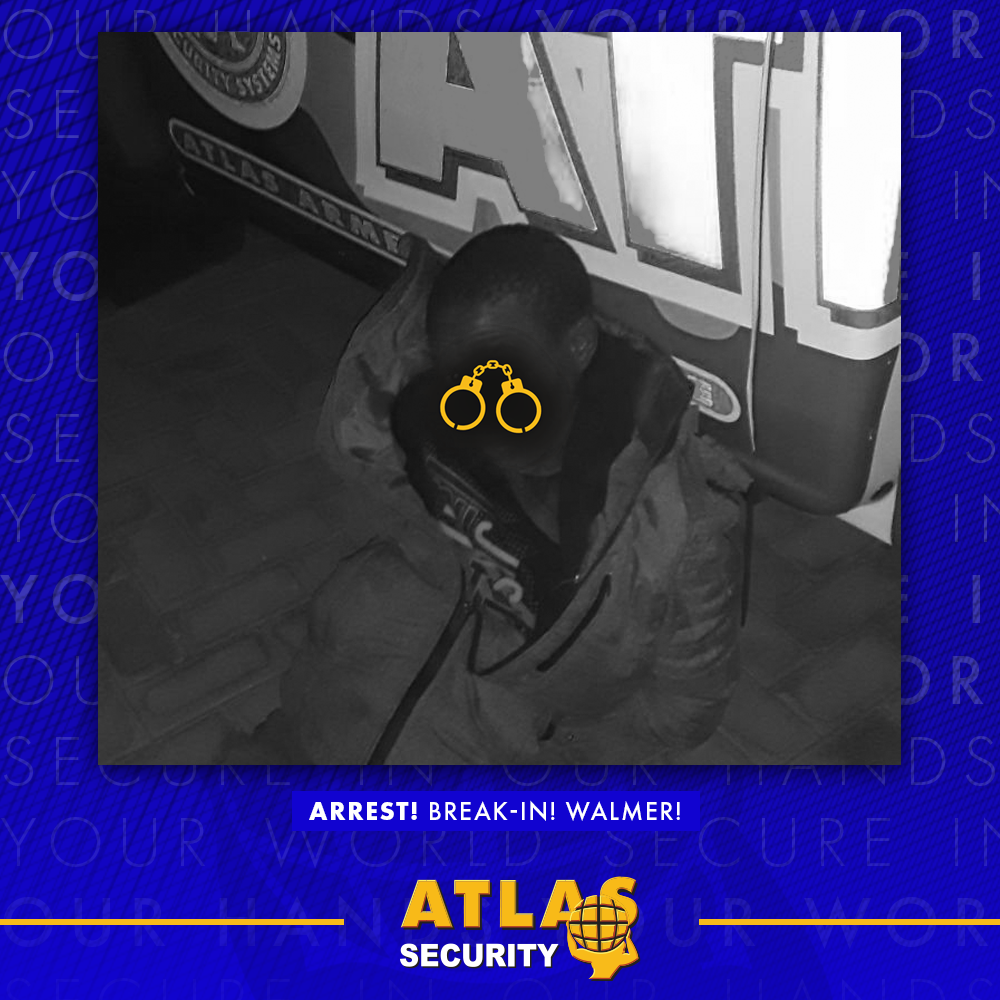 In the first incident, Atlas Security Armed Response Officer, B60 responded to an alarm activation in Walmer, Heugh Road. To the suspect’s surprise, he was greeted by our Armed Response Officer as he exited the window he had smashed to gain initial entry. The suspect was arrested and handed over to the SAPS.

In Uitenhage, a client alerted us that there were suspects spotted on their CCTV attempting to vandalize and steal air conditioning units on a business premises.
On arrival, Atlas Security Armed Response Officer, B84 noticed the electric fence had been cut and spotted one suspect hiding. It is believed there were more suspects involved but that they had fled. The one suspect was arrested and handed over to the SAPS.

All three areas have been targeted in recent break-ins. We hope that the latest arrests sends a message to criminals … watch your back, we’re taking back our communities!