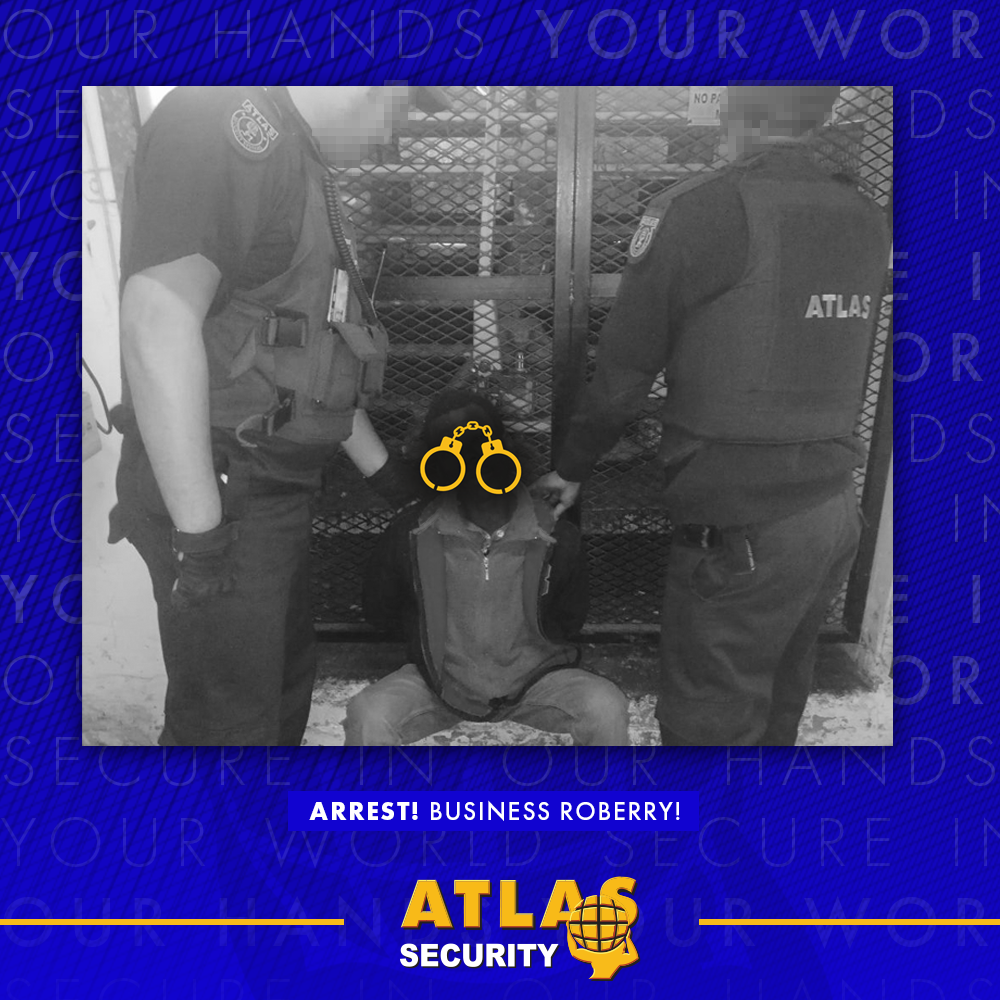 During the early hours of Monday morning, 4 men entered a popular 24-hour supermarket and demanded money. The suspects left with an undisclosed amount of money including cigarettes.

About 15 minutes after the robbery members of the Humewood SAPS spotted two suspects matching the description of the alleged suspects that were seen on CCTV footage. The two suspects were arrested while the other two were at large.

Our control room received a call from the supermarket late on Monday afternoon alerting us that one of the four suspects is believed to be back in the area, in another shop. Atlas Security Armed Response Officers B145 and B149 immediately responded and identified the suspect as being part of the same gang that robbed the supermarket. Armed Response Officers B145 and B149 arrested the suspect and handed him over to the SAPS. He was charged with business robbery.