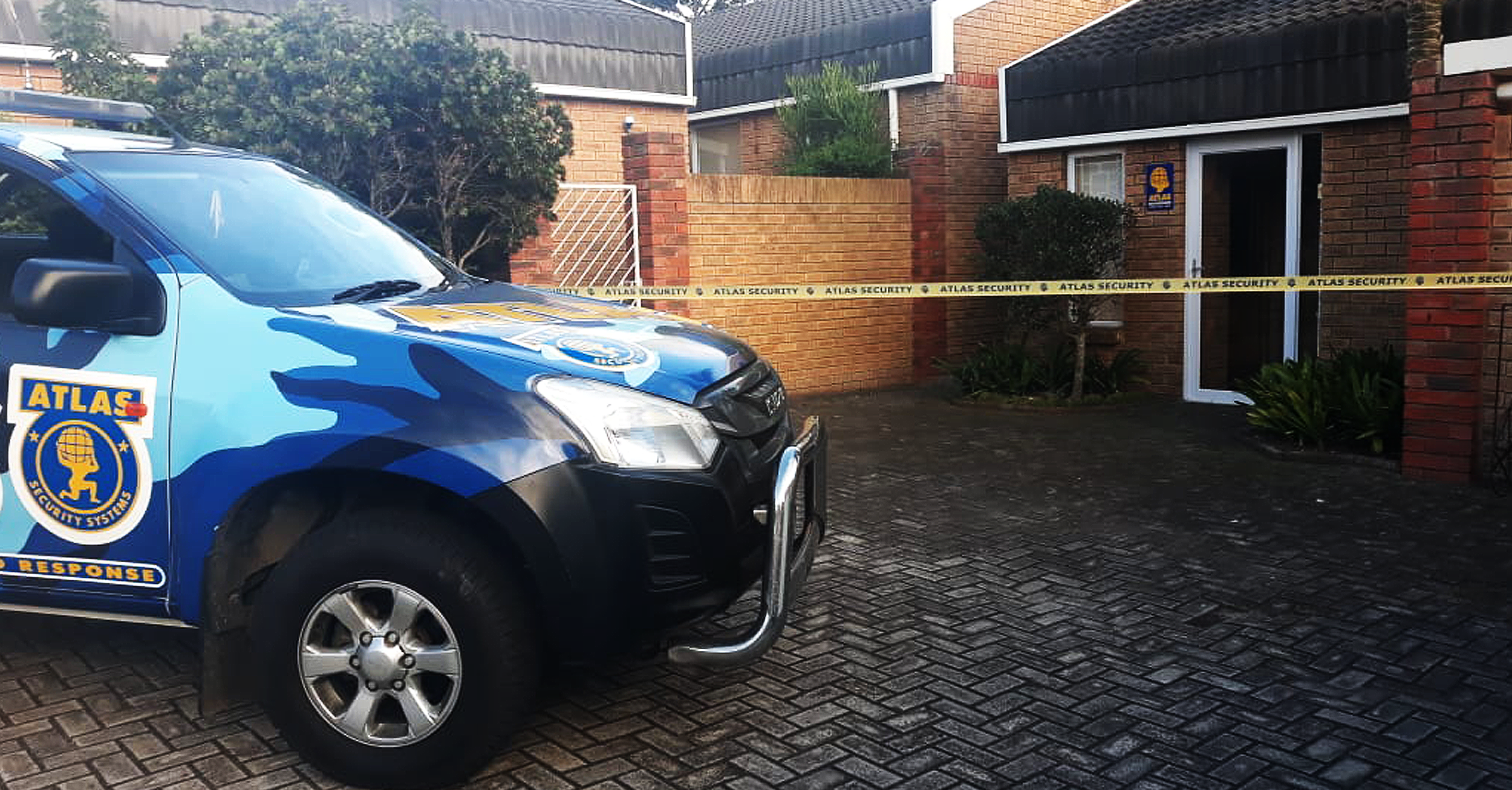 Our control received a call for immediate assistance to a resident in Bernard Road.

Atlas Security arrived on scene and found a elderly lady inside her house, disorientated, very weak and already managed to cut herself loose from the rope she was tied up with.

Our Armed Response Officers assessed the client and she confirmed that she was tied up just after 00:30am by 6 males. 1 was armed with a knife and threatened to kill her if she didn’t co-operate with them.

The intruders then ransacked the entire property and took a Plasma TV, clothes, electronics and jewelry. According to the victim, the intruders wanted her vehicle as well, but for reasons unknown they didn’t take the vehicle.
The suspects had gained entry into the complex via the boundary wall when they removed the bricks just underneath the electric fence. They lifted the homeowners sliding door to gain access to the house.

The victim managed to crawl and made it outside of her house. She was found by the garden service at around 7:30am.

While still busy on scene Atlas Security Armed Response Officer, B1 and our area vehicles patrolled the surrounding area when a member of the public stopped our team. The member of the public alerted us that 5 men were busy loading goods into a vehicle in Walter Road. The suspects escaped in a white Bantam bakkie. All the stolen goods were recovered and identified as belonging to the client.

The scene was secured and handed over to the South African Police services for further investigation and processing.