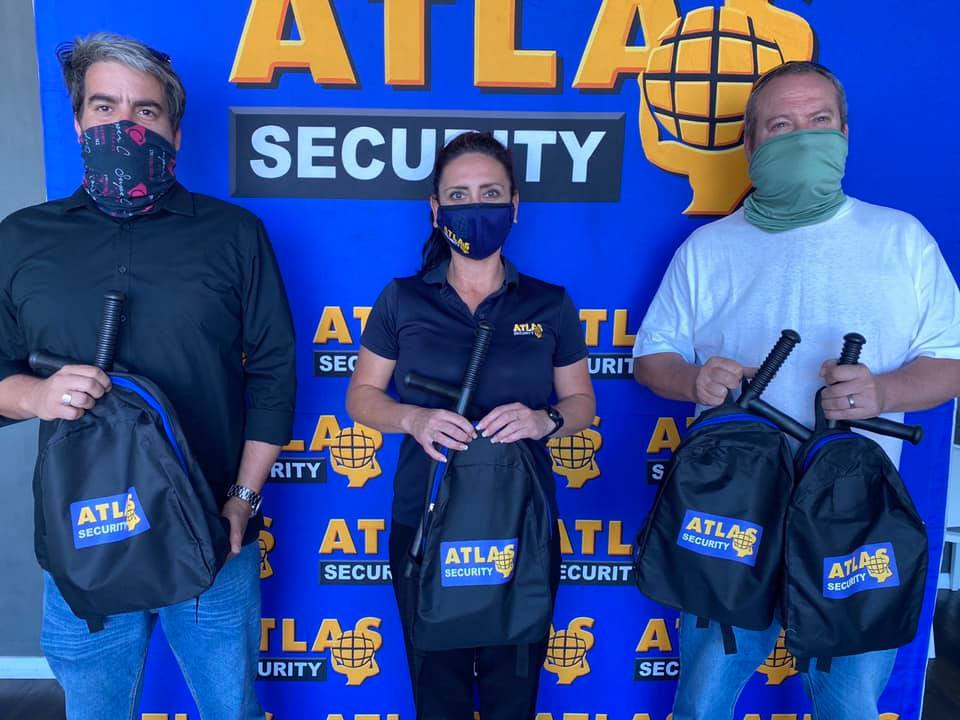 Atlas Security is proud to work closely with multiple Neighbourhood Watches in the fight against crime. And the newly formed Summerstrand Neighbourhood Watch (SSNW) is no exception. Atlas Security’s Community Development Manager, Bernadette Nel-Naude, handed NHW kits over to Chairman, Sean Tappan, and Operations Director, Brad Comley, as a sign of our commitment to assist them.

Nelson Mandela Bay has been host to a drastic increase in crime and communities are taking a stand against living in fear in their own yards, which has led to the formation of the SSNW. The formation of a neighbourhood watch (under the supervision of the SAPS) is a community’s first step towards making a difference.

Bernadette explains that the more people that get involved, the more powerful the fight against crime will be, “Crime prevention is everyone’s responsibility, and it is amazing to see communities being proactive and sharing that responsibility with the SAPS and Private Security Companies, instead of sitting around and complaining about it. That’s how we build a positive community and it’s the basis of how we move forward in this country.”