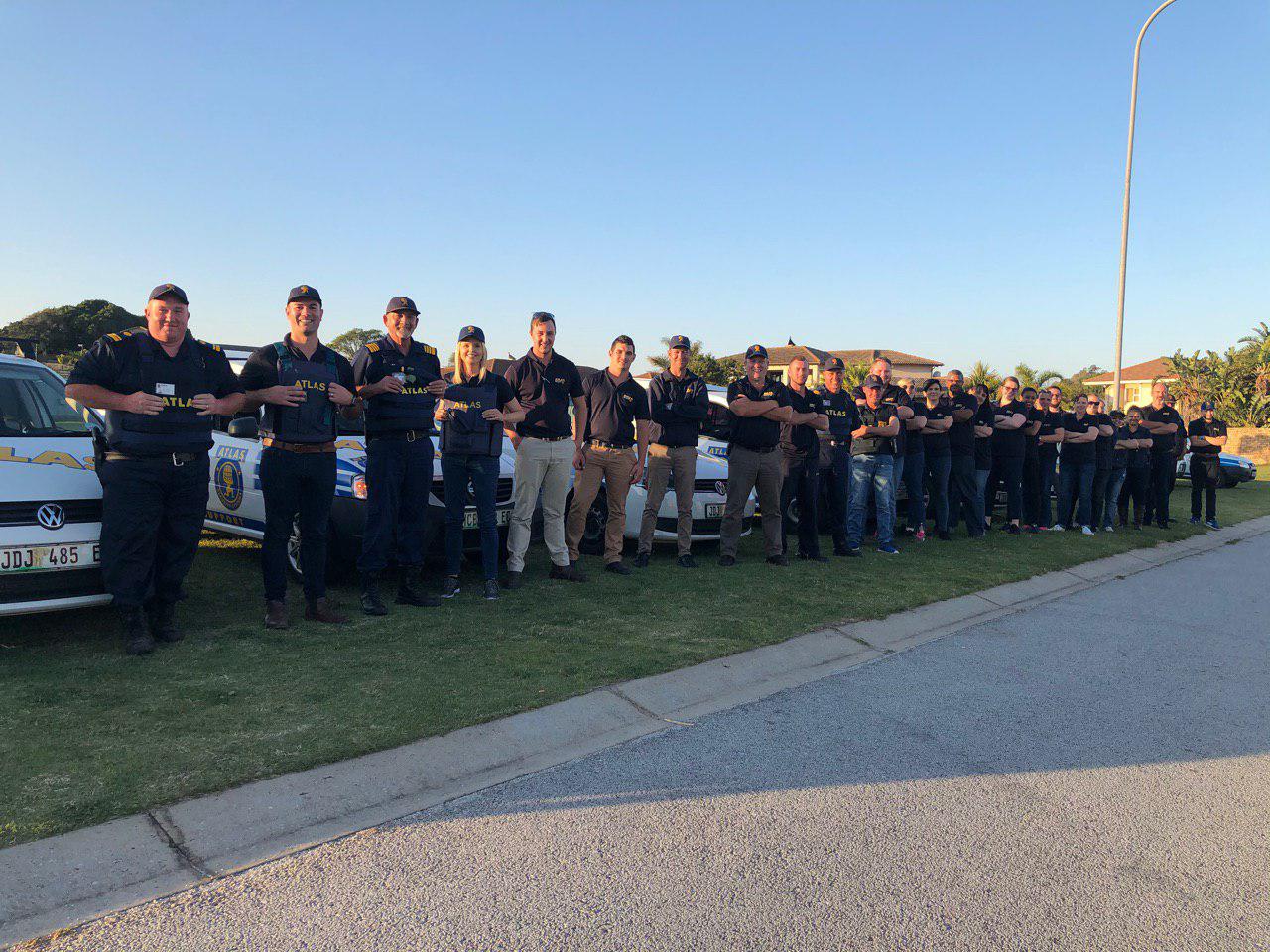 On Thursday Atlas Security deployed seasoned security teams with the SAPS in joint operations to tackle the increasing crime in Port Elizabeth.

Our operations team have partnered and formed relationships with the SAPS and in turn during this time participated in various pro-active operations. On Thursday Atlas Security partnered with the Mount Road SAPS, this is all part of the strategic crime fighting operations across various areas in the precinct, this includes Glendenningvale, Perridgevale, Adcockvale, Millard Grange and Parsons Hill.

Following that we teamed up in a late afternoon crime prevention operation with the Humewood SAPS, our team did visible policing and additional patrols in and around the area. Humewood have been facing a serious increase of theft of motor vehicles and theft out of motor vehicles. With the SAPS, our team went through various bushy areas, finding man made shelters, in these shelters our team found various knives, handmade tools which are traditionally used to break into homes or vehicles, we also found drug paraphernalia.

In the afternoon we put more boots on the ground and from 5pm on Thursday we did a strong show of force with 15 Atlas Security vehicles (this excludes the already 40+ area vehicles across Port Elizabeth) in convoy covering Walmer Heights, Miramar, Charlo, Broadwood, Lovemore Heights, Pinelands, Providentia and Pari Park.

Constant engagement and a strong show of force strengthens proactive policing and allows for more effective information gathering and dissemination between residents and our Armed Response Officers. This also forms as a deterrent to criminals. During the night we received information from a social media group that a gentlemen was robbed of his belongings in Morningside, using our force our team moved and scouted the area for the suspect, Atlas Security Armed Response Officer B129 spotted and arrested the suspect in Westering. He was positively identified and taken to the Kabega Park SAPS.

Atlas Security will continue to ramp up our existing crime prevention operations as we move into more areas in Port Elizabeth.

We have the largest fleet of security vehicles currently responding to residents’ emergencies in Port Elizabeth, which means our response times are swifter and there are always armed response officers on duty, working to keep the community safe as people go about their work and play activities.

Atlas Security is not only the biggest provider of Armed Response Vehicles and Officers, we also pride ourselves on being at the cutting edge of implementing the latest technology to fight crime. Our existing CCTV infrastructure in Port Elizabeth with over 200 cameras minimise preventable crimes such as car theft and hijacking and assists with investigations, acting as a strong deterrent to criminals. We also use LPR (License Plate Recognition) cameras which have assisted us and the police in effecting arrests following crimes.