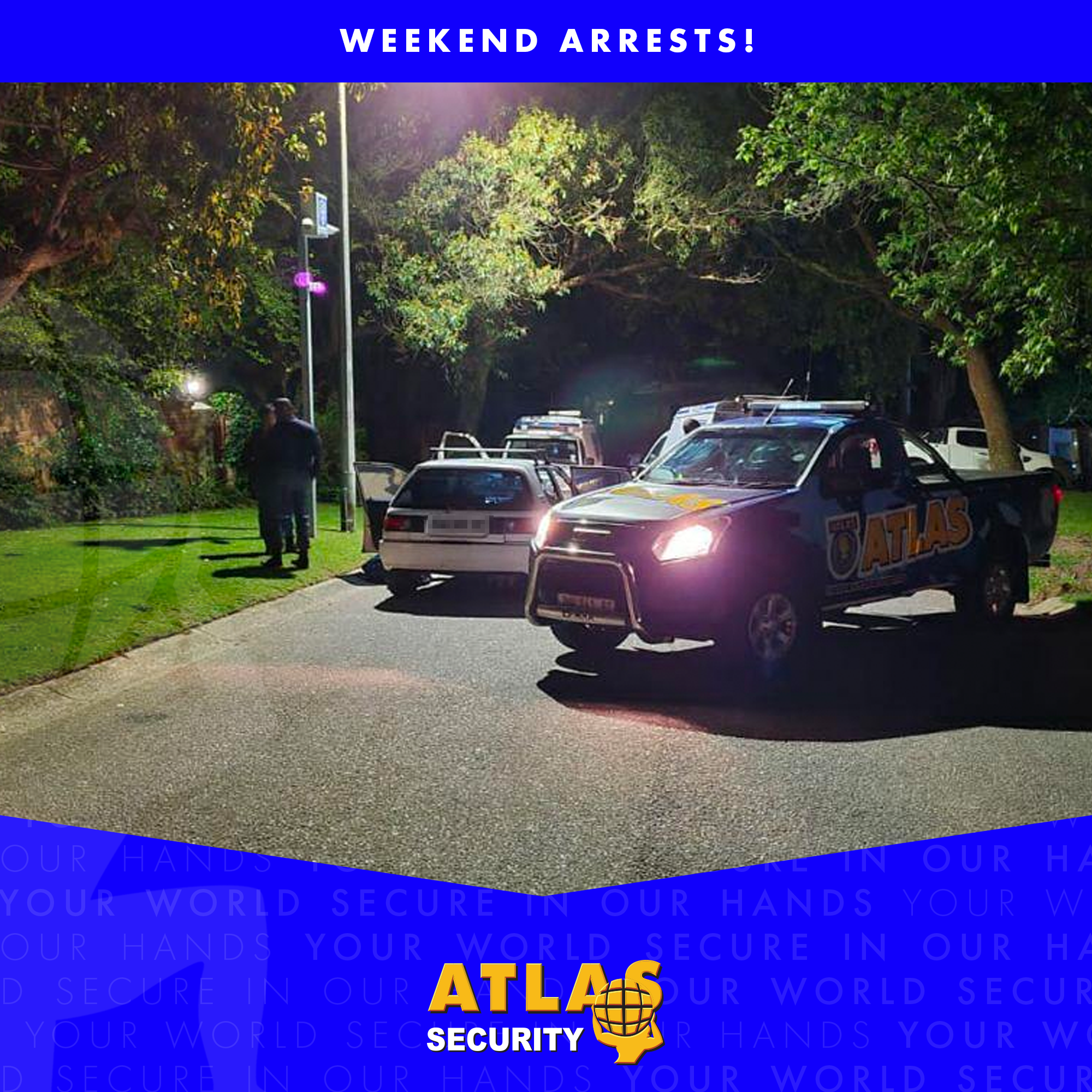 ATLAS SECURITY HAS APPREHENDED 8 CRIMINALS SINCE FRIDAY, AND THERE’S NO PLAN TO SLOW DOWN ANYTIME SOON.

The momentum of a successful weekend continues as Atlas Security Armed Response officers have added to their weekend tally by apprehending another 2 criminals this morning.

It all started in the early hours of Friday morning in Walmer Heights when the Atlas Security analytical cameras (behind Beethoven Avenue) activated due to the movement of 2 suspicious individuals. Armed Response arrived on scene and found various house-breaking tools in the suspect’s possession; they were detained and handed over to the SAPS.

Saturday arrived with the action starting off in Newton Park where a suspect robbed a client and their daughter of a cell phone in First Avenue while they were taking photos. They were able to track the phone to Central, which is when they stopped our Armed Response officer for assistance. They spotted the suspect and our officer gave chase, B145 caught and apprehended the suspect, and retrieved the cell phone. The suspect was handed over to the SAPS.

The next incident took place in Mill Park Drive, a client requested Armed Response as there was a suspect in the yard. With a fast response time, B67 arrived and apprehended the suspect and handed him over to the SAPS.

Then Sunday came around, and 2 suspects were already in Atlas Security handcuffs before sunrise in Commercial Road. Armed Response was busy patrolling when he noticed two suspicious individuals; he approached them and discovered that they were in possession of stolen vehicle batteries. The suspects were apprehended and handed over to the SAPS.

The momentum continued into Monday, as our Control Room received a phone call from a resident in Prospect Road, Walmer with information of suspects on the property across the road from her house. Armed Response arrived and apprehended 2 suspects that were attempting to steal copper pipes from the premises; they were handed over to the SAPS.