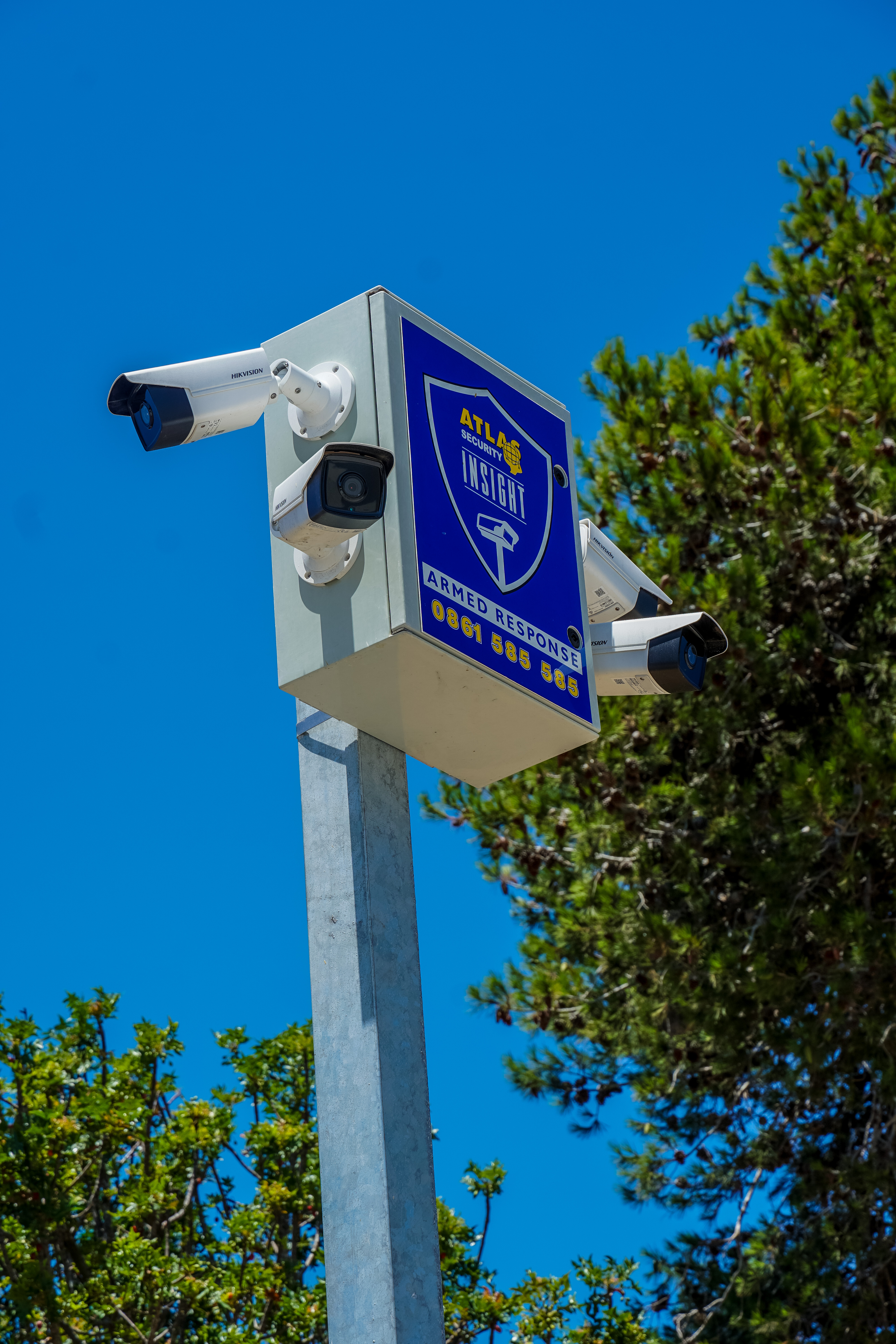 Earlier this month Atlas Security reached a massive landmark of commissioning the 1000th CCTV camera to be monitored in the locally based control room.  There is also no sign of slowing down yet as Atlas Security continues to spread its network of CCTV Infrastructure across the Eastern Cape. The expansion of this network is just one more weapon for the security power house in the ongoing fight against crime!

Through a variety of CCTV Cameras types, Atlas Security is able to make use of first world technologies such LPR (License Plate Recognition) and video analytics to assist the Armed Response Officers and SAPS members on the ground to make informed decisions in the pursuit of suspects.

If this is the first time you’re reading about LPR, these cameras read the number plates of vehicles driving through a designated area. Atlas Security also has access to a national database of wanted vehicles, every time one of these wanted vehicles is captured by an Atlas Security LPR Camera an alert is automatically and instantaneously sent to the control room where the team of highly trained and professional CCTV operators jumps into action to notify and mobilise the response teams on the ground.

Atlas Security CCTV Manager, Jason Kümm, explains that having more than 1000 cameras is not only a proud achievement, but also an outstanding advantage to have, although it is only a drop in the ocean for the continued planned growth of the division, “We installed our first CCTV Camera in 2016 and after a few teething issues we quickly learnt how important and impactful this would be in the fight against crime. Fast forward 3 years and we have grown our network to 1022 cameras which includes 169 LPR cameras. This network now stretches from St Francis Bay to Queenstown and everywhere in between. We have big plans to grow this network even further and to offer another level of surveillance security to our loyal customers, and a big part of that is ensuring that we operate legally and ethically within the public space.”

Atlas Security has also seen massive success through the use of analytical cameras for its commercial clients. With these cameras a virtual perimeter is set up and the cameras are trained to learn and understand their environment. These cameras are then set to trigger an alert for human presence allowing the Atlas Security Armed Response Officers to arrive at the scene before or during an attempted break in. Kümm said “The success we have had with these cameras has been absolutely amazing. Some of the sites we monitor with these cameras were having almost daily break ins, now with these cameras in place their break ins have been significantly reduced and while the suspects sometimes still try their luck, they are far less likely to succeed with the Eyes of the 24 hour control room always watching them and directing the Armed Response Officers arriving at the scene.”

In two recent events, the SAPS requested assistance from Atlas Security when searching for a vehicle involved in an armed robbery. The suspects were able to evade a roadblock setup in Adelaide, but thanks to the large network of cameras, Atlas Security were then able to track the vehicle moving through to Alexandria and then passed Nanaga. The vehicle was then detected near Kinkelbos where the SAPS officers gave chase and a shoot-out occurred. One suspect was shot and the others arrested after attempting to escape into the nearby bushes.

In a separate incident, the Atlas Control Room received an alert from a LPR camera of the movement of a vehicle that was linked to an armed robbery that took place in Alexandria, the Atlas Security Control Room were able to review all the necessary footage and together with the SAPS and Atlas Security Armed Response, four suspects were arrested after a high speed chase.

In 2019 the Atlas Security Port Elizabeth based control room has received more than 50 requests from the SAPS for video footage to assist them with investigations. Deploying these cameras adds another layer of security to a community, arms residents with yet one more tool for taking a proactive stance against crime and sends a strong message that criminal activity at our homes and places of work won’t be tolerated.

The fastest growth in the CCTV infrastructure has been through the recent partnership with Agri EC. Over the past 18 months Atlas Security has been working closely with the various Agricultural Associations throughout the province in an attempt to reduce crimes in the rural areas. “The Farmers have really stepped up for their communities on this project. They’ve taken it upon themselves to fund these cameras in attempt to cut down on stock theft activities and farm attacks. But the knock-on effect has been the clamping down of all types of criminal activities in these areas.” Said Kümm. “The true success of this project is that we are all working together under one umbrella, the network of cameras all linked back to one monitoring centre that has its finger on the pulse has been the key here, allowing us to track vehicles linked to criminal activities as the move through our areas.” Said Brent McNamara of Agri EC.

Atlas Security has installed and monitors just over 1000 cameras in 3 years and there is no sign of slowing down any time soon.