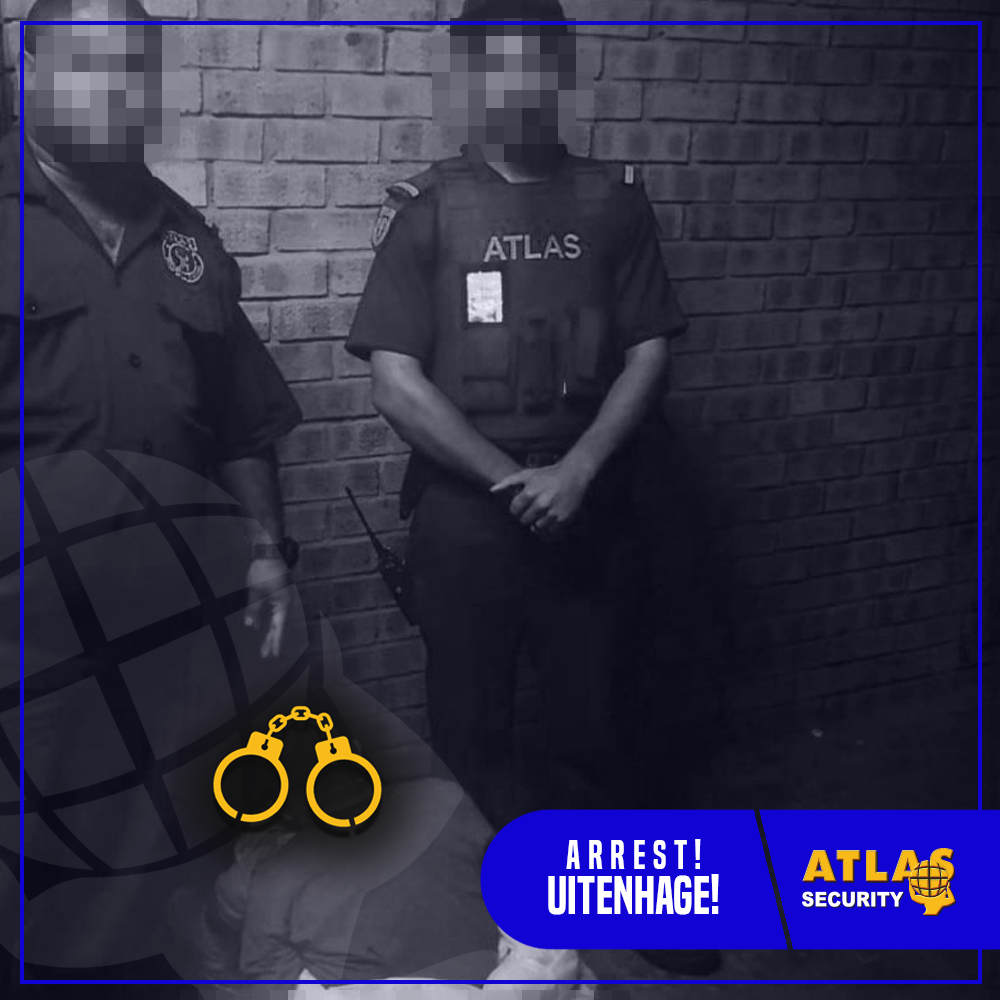 Atlas Security Armed Response Officers were dispatched to a business in Uitenhage where a client requested response as a result of an early disarming of the alarm.

During the internal inspection, both Armed Response found a suspect hiding behind the counter. The suspect had in their possession a remote for the alarm that they stole from a previous break-in.
The suspect also had a large amount of cash in his possession. Atlas Security Armed Response Officers arrested the suspect.

The scene was secured and handed over to the South African Police Services.