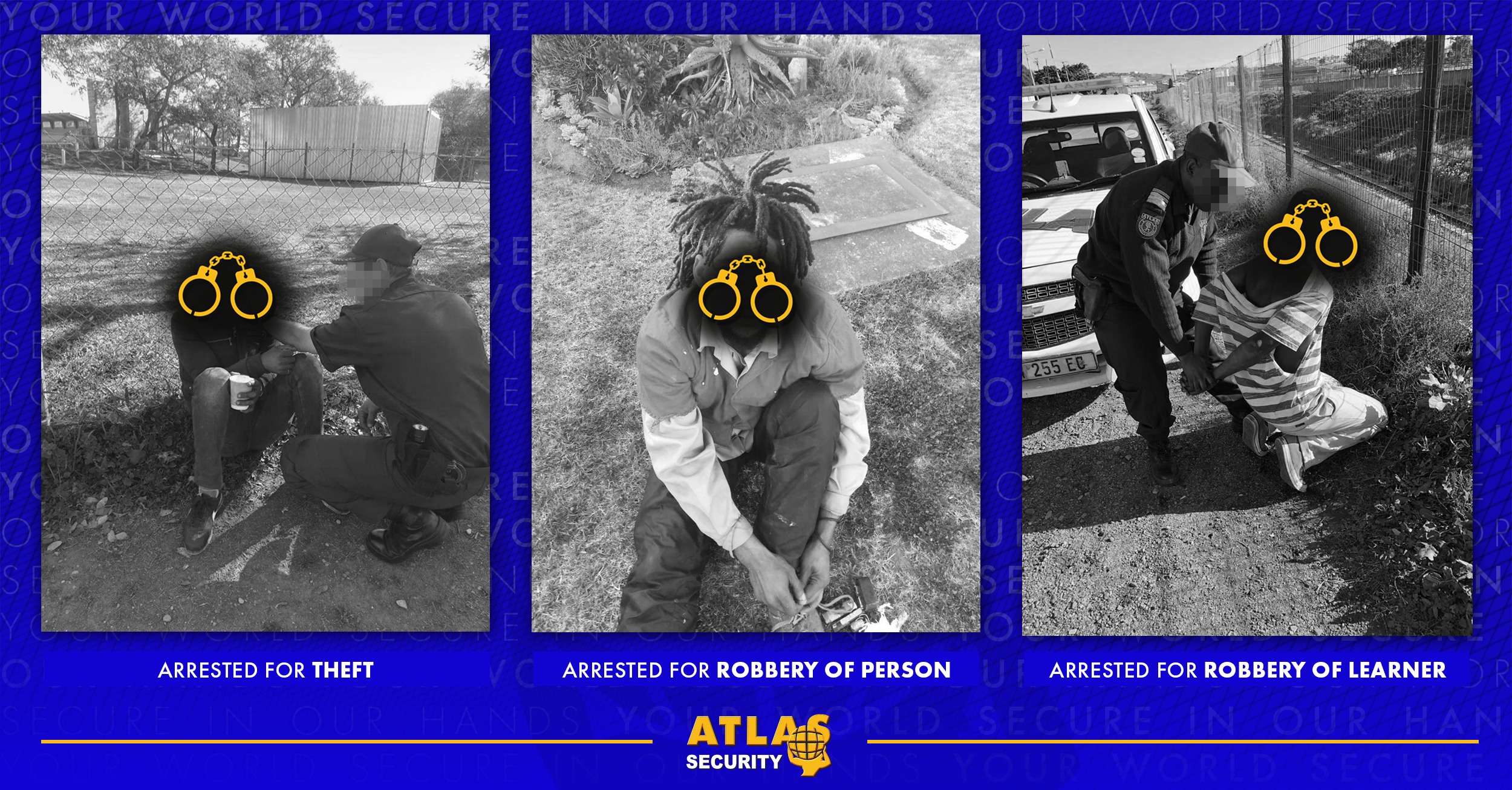 Atlas Security Armed Response Officers and two Atlas Security Technicians ‘tackled’ crime in three separate incidents in Nelson Mandela Bay. Swift response from Armed Response Officer, B19 led to the arrest of a suspect following a tip off on social media, the suspect had been seen allegedly stealing and vandalising a property in Uitenhage. SAPS attended to the scene where they took the suspect away for further profiling.

A combined force! THIS is what makes Atlas Security different!