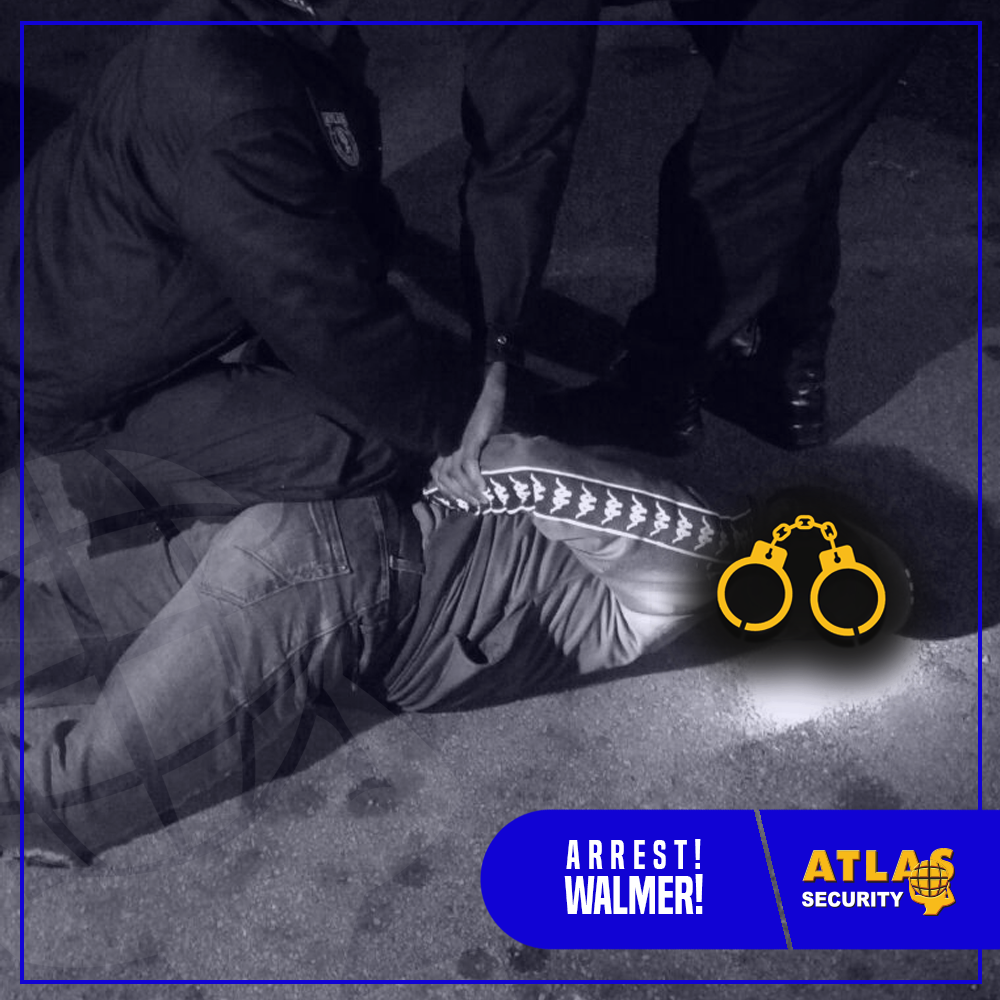 Atlas Security Makes 6th Arrest in Walmer In One Week!

At 22:29 on Wednesday the 24th April, our Control Room received a silent panic signal from a premises situated inside a shopping complex in Walmer.

8 suspects kicked in a side door at the main entrance of the shopping centre and entered. They ran to a business inside the premises and smashed the front door in an attempt to gain entrance. At this point we were already notified of the burglary in process and Armed Response arrived on site.

In record time, our Armed Response Officers arrived and a suspect was arrested – the team spotted a getaway vehicle (White Quantum) fleeing the scene. At this stage the SAPS are in the process of profiling the suspect.
While the SAPS conduct their investigation, we ask you to remain vigilant as seven suspects are still at large and it is unclear whether they are armed, or could be linked to other crimes. If you see anything suspicious, please contact your local Police station.

We urge all property owners that have guards on site – to be equipped with panic remotes, not only to safe guard themselves but to prevent loss and in this case, make arrests. Need us…? Call 0861 585 585

What makes Atlas Security different…? The security company with MOST arrests this month!