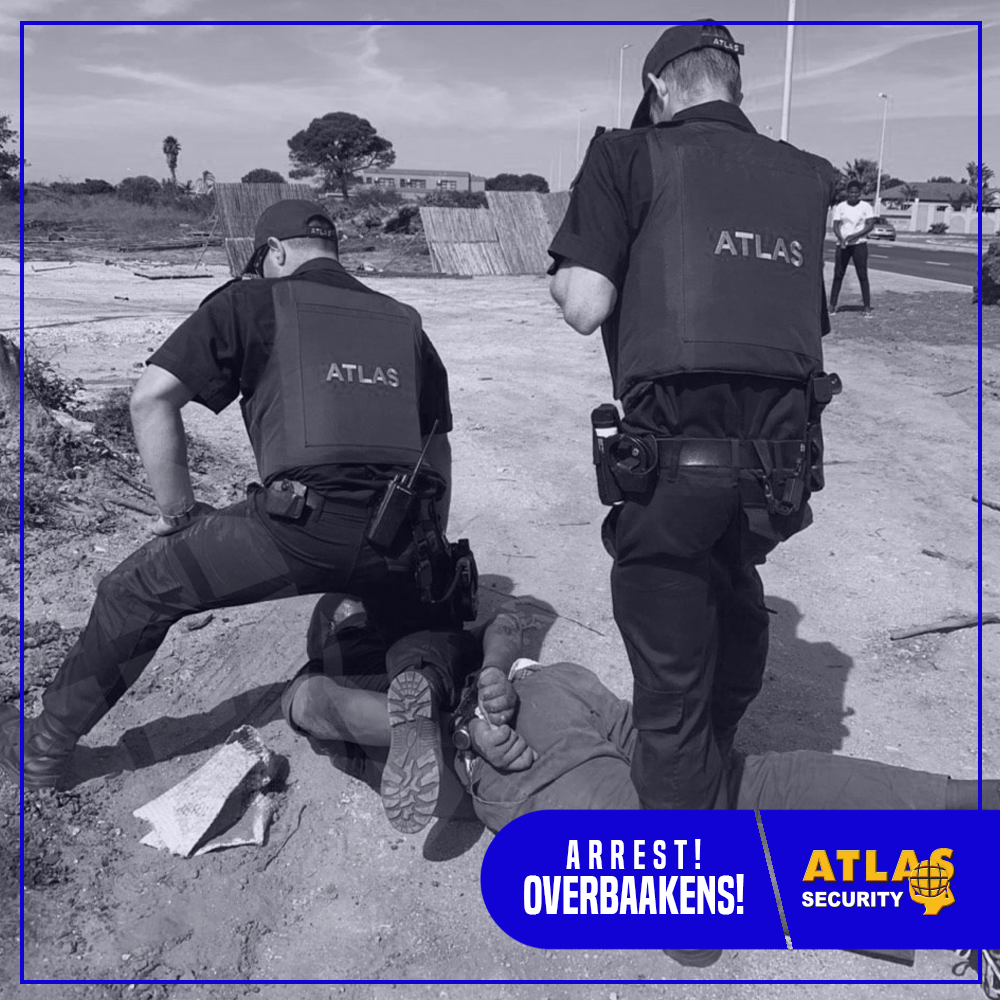 An intruder attempted to break-in at a home in Overbaakens. The daughter, who was at home during the time heard a noise and saw the suspect trying to gain access through the front door, the daughter immediately contacted the mother who works close to home, as the mother approached the house the suspect jumped the wall and ran into nearby bushes.

She notified the SAPS and Atlas Security was made aware of it via social media.
The SAPS chopper went up along with the K-9 Unit in search of the suspect, our team joined at this time. The search was unsuccessful.

Atlas Security Armed Response Officer, B14 wasn’t satisfied and decided to continue the search, this time on the Circular Road side opposite the Gardens Centre. The intruder came running through the open bush area, this is where he swiftly moved in and made the arrest in Lorraine

The suspect was positively identified by the homeowner. He has been handed over to the SAPS for further profiling and investigation.
What makes Atlas Security different…? This!

UPDATE: On further investigation, the suspect has been linked to several house break-ins, attempting house break-ins and the illegal possession of firearms