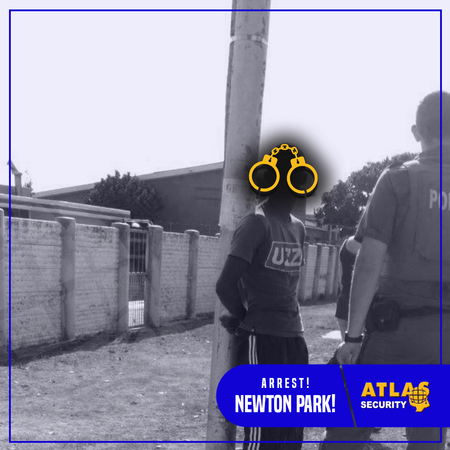 The following areas experienced crime which resulted in arrests:

We have noticed a spike in muggings in Port Elizabeth, a member of the public was mugged and threatened with a panga shortly after 17:00 yesterday afternoon in Summerstrand, Atlas Security Armed Response Officer heard screams for help and arrested the suspect.

In Walmer, a female was brutally attacked and robbed of her belongings while on the way to work, Atlas Armed Response Officer, B141 with members of the community gave chase and arrested the suspect, after a lengthy chase, all the stolen goods were recovered. A suspect was arrested in Newton Park after he attempted to rob school kids in the area.

A home owner notified us of a suspect that stabbed him in Sydenham after attempting to break-in to his house, a chase pursued and the suspect was caught in Korsten close to Pearl Road by multiple Atlas Security Armed Response Officers.

Needless to say; there was a lot of running from our Armed Response team yesterday!
Pro-active patrols and vigilance is vital – with these in place we have an unstoppable team!