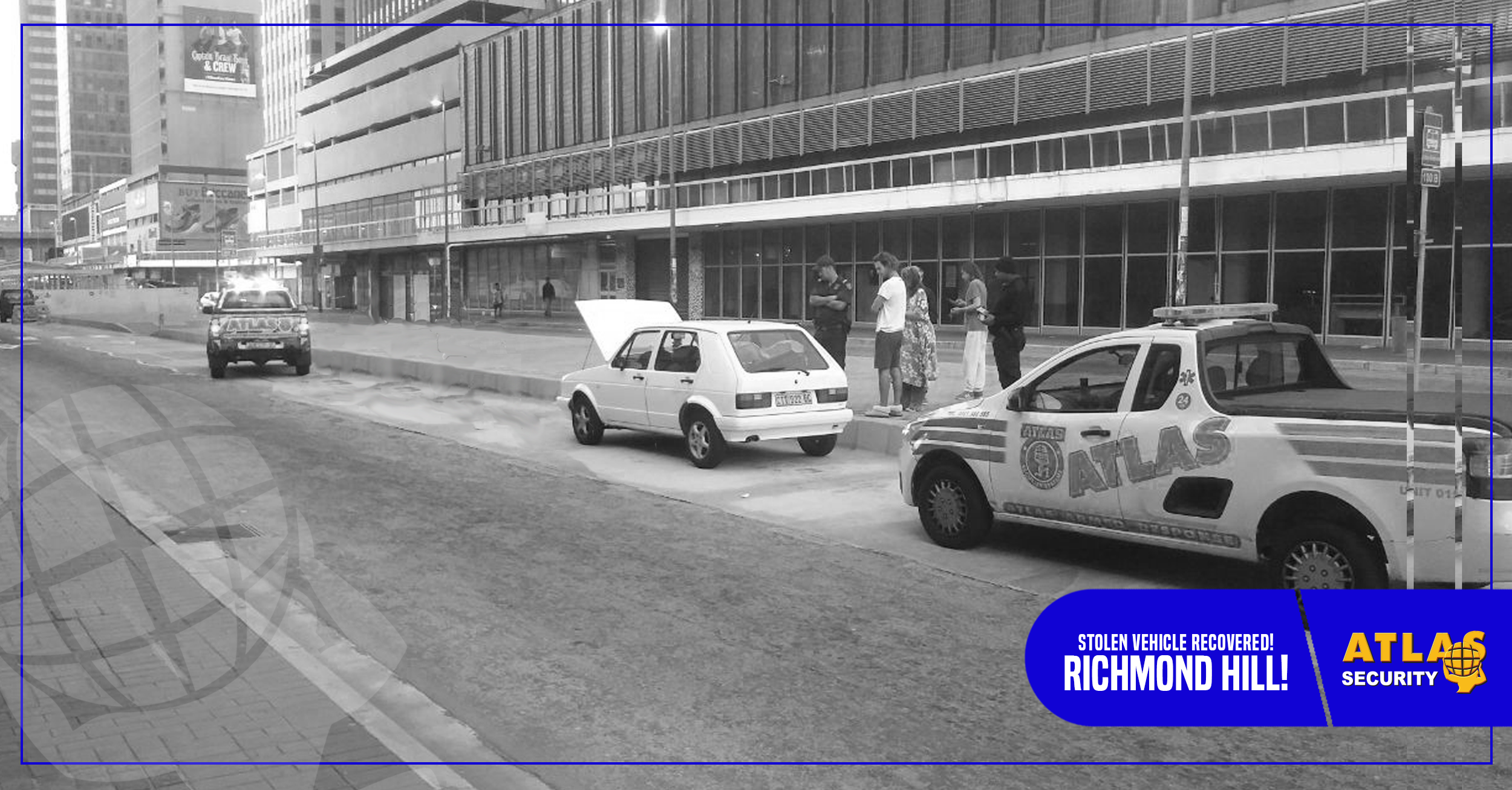 Our team were kept busy this past weekend, but not busy enough for successes. Between Friday and early Monday morning, Atlas Security’s Armed Response team responded to 19 incidents, including 5 positive break-ins in Greenshields Park, Despatch, Lorraine, Linton Grange and Walmer. In 2 cases of positive break-ins, the homes had alarm systems but were not active during the time of the break-in. It appears that criminals are targeting homes that do not have alarm systems or access properties where alarms are not armed.

In a separate incident on Saturday, a business suffered an Armed Robbery in Heugh Road when a gang of 4 robbers, held up the staff at a business premises and robbed them of cash from the till. No one suffered any injuries and our team responded after we received a panic signal. We’d like to advise business owners and staff to be vigilant, especially when opening up or closing their premises. This was 1 of 3 Armed Robberies that Atlas Security responded to this weekend.

Our control room received a panic signal from a client in Richmond Hill, who had then informed our control room that their vehicle had just been stolen, our Armed Response Officers responded swiftly and circulated information together with the client, our area vehicle recovered the stolen vehicle in Govan Mbeki. The SAPS K-9 Unit took over the scene and the client opened up a case.

In another business break-in in 6th Avenue Walmer, suspects used a large pot plant to smash the main entrance window to gain entry, they damaged the burglar bars and fled with one plasma TV, later on more information was circulated to our armed response team using CCTV footage of the alleged suspects. We would strongly advise business owners to install CCTV surveillance cameras at the entrance of the business premises and to put up signs stating that no cash is kept on the premises.

CCTV surveillance cameras act as a strong deterrent against crime and they can assist security companies and the police in their investigation in the event of an incident occurring.

Atlas Security Armed Response Officers arrested a suspect in Linton Grange for theft and assisted in an arrest in Bluewater Bay. Using our strong force, our relationship with various Neighbourhood Watch groups in Nelson Mandela Bay, Atlas Security remains firm on our commitment that we will win the battle, as we continue our fight against crime.