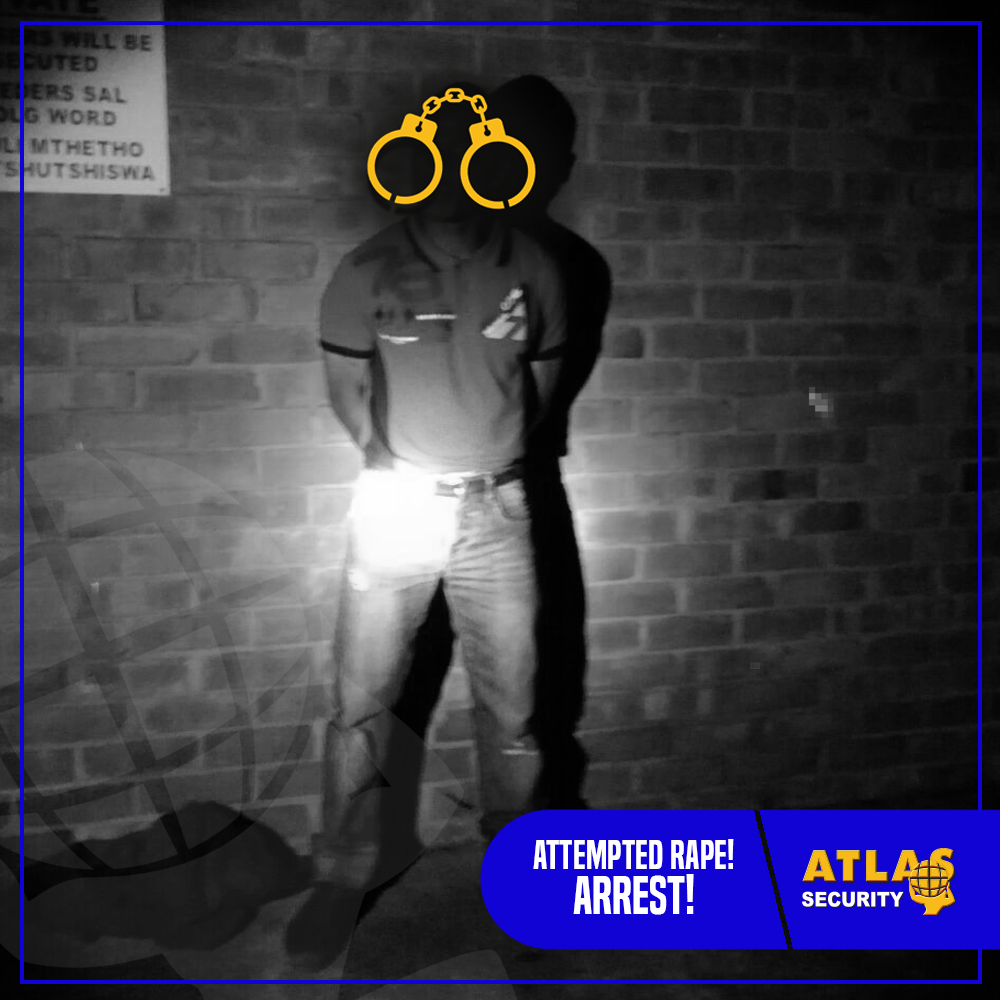 Our control room was alerted via social media of loud screams for help in Uitenhage. Atlas Security Armed Response Officer arrived on the scene where the victim had described a terrifying ordeal that a male had threatened them with a knife, pushed the victim to the ground and demand the victim removed their clothing. The victim, using force and screaming managed to escape.

A description was obtained and our Armed Response Officer patrolled the area in search for the alleged suspect. During his patrol, he noticed a male matching the description given, it was then that the suspect started running in an attempt to prevent arrest.

A chase ensued and the suspect was arrested by Atlas Security Armed Response Officer.
Although shaken up in the incident, the victim didn’t suffer any physical injuries in the ordeal.

We are thrilled at the vigilant work done by our Armed Response Officer and incredibly grateful that the victim is safe. The suspect was handed over to the SAPS and a case of attempted rape was opened.