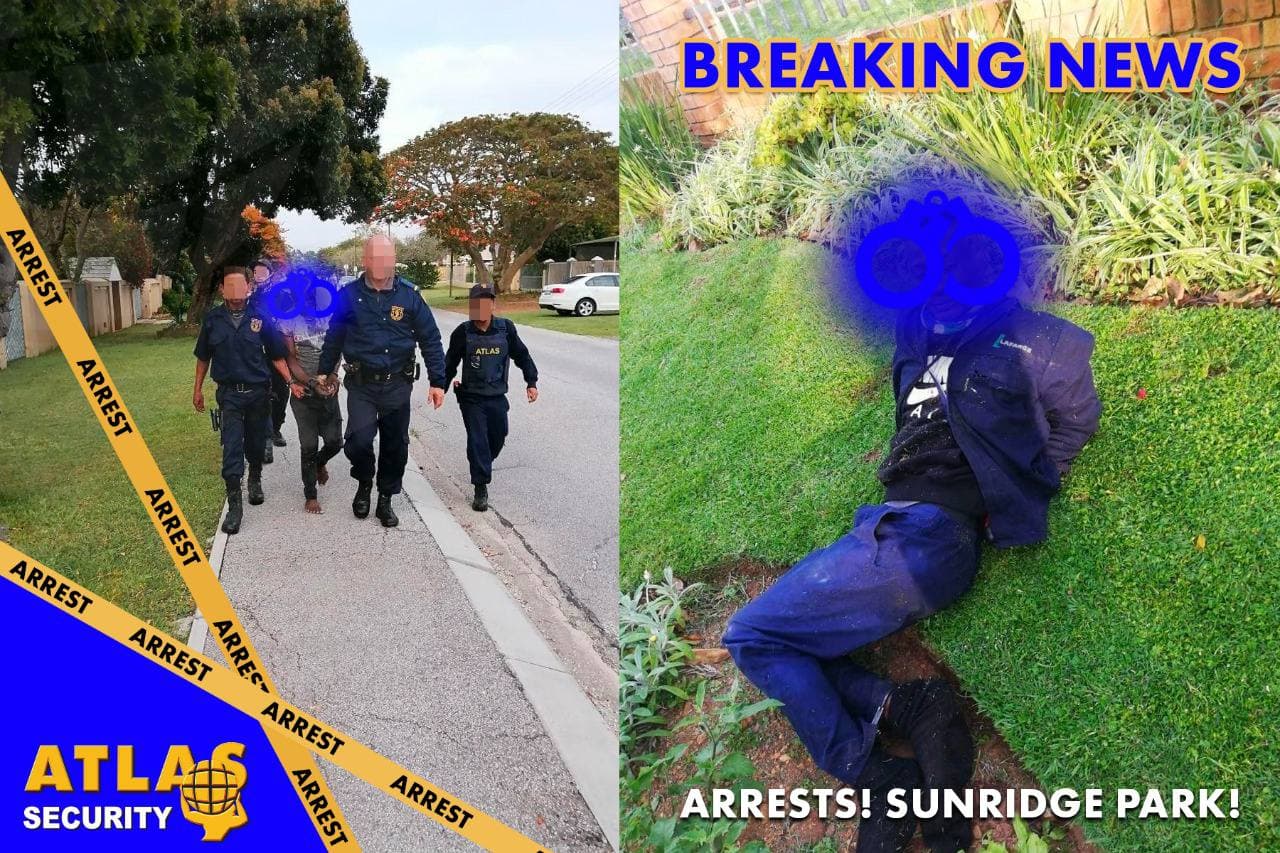 Apprehending the suspects that caused havoc in Sunridge Park/Fernglen was a massive victory for our team and for the community, but understanding the time and resources that went into the hunt is what makes the victory.

Tracking the movements of the suspects, mapping out their routes, secret sting operations saw Armed Response hiding in bushes, keeping up with their changing trends as we got closer, tracking them like a true hunter would track their prey.

It is suspected that these suspects were part of a syndicate, which just fires us up more! We will keep hunting for as long as it takes. As for our clients, peace of mind isn’t a feeling – it’s a decision. And that decision is Atlas Security.