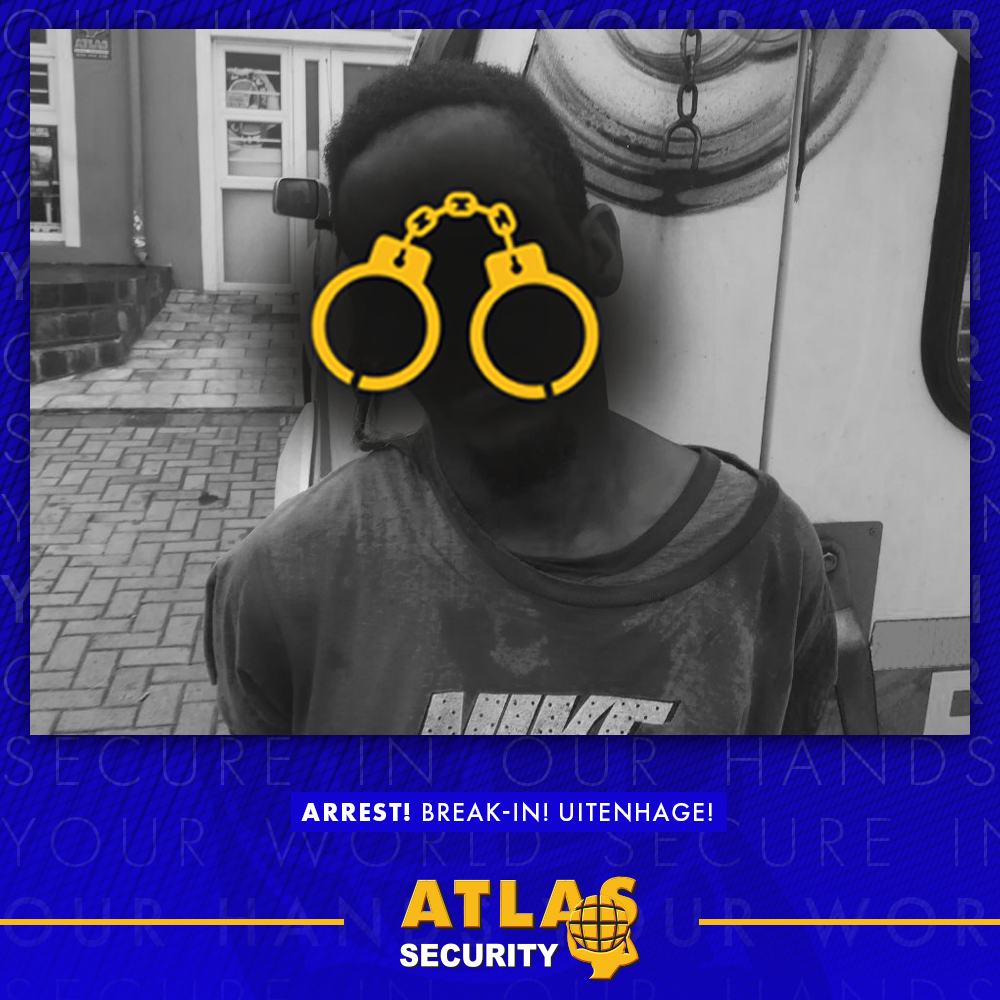 The Atlas Security Control Room received an activation signal from a client’s premises in Uitenhage, and immediately dispatched Armed Response.

Armed Response arrived on scene to discover that the suspect had gained entry through a window while the client was still inside the premises, and proceeded to steal a cash box. Once the suspect noticed the client, the suspect attempted to run away.

Back up was called in, and in moments the suspect was spotted running with the stolen items, B157 acted swiftly to make the arrest and all stolen items were recovered, including items that the suspect had stolen in the same evening prior to the burglary of our client.

The suspect was handed over to the SAPS, and another victory can be celebrated.