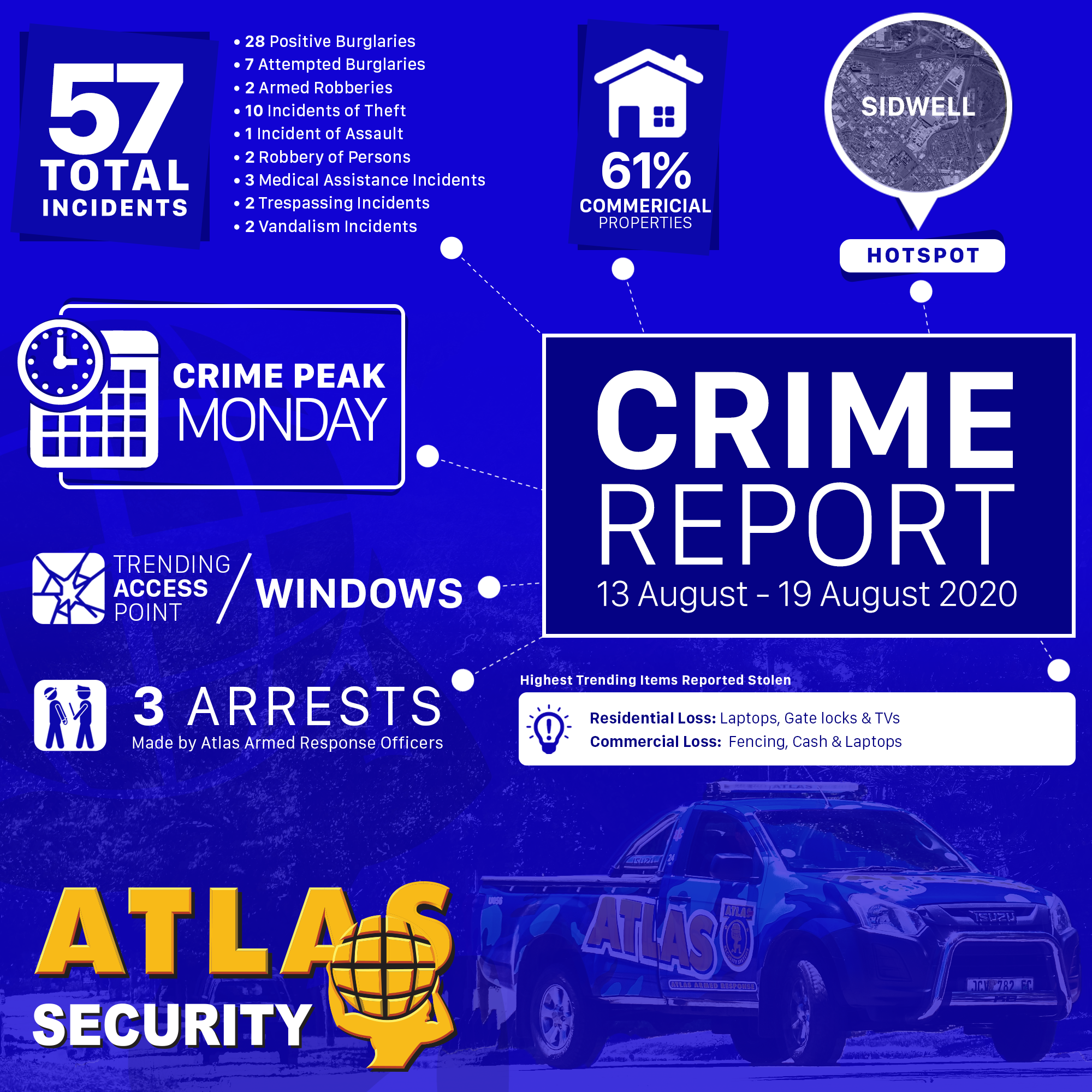 After a declined figure reported last week of burglaries (15 incidents), the spike is just short of double this week with a high 28 positive burglaries. The general trend shows that small items of value are being stolen with a quick ‘smash and grab’ approach. This keeps in line with the opportunists that are lurking in our neighbourhoods. The positive of the scenarios is that these criminals aren’t being given much of a chance to steal more as Atlas Security keeps their response times very low. The camouflaged Beasts arriving sooner than the criminals hope for forces them to flee the scene with minimal loss being suffered by the client.

The second worry for the week, which has been a trend since the early stages of the National Lockdown, is the high theft rates, with theft of and theft out of motor vehicles being a major concern.

Your neighbour not with the best?