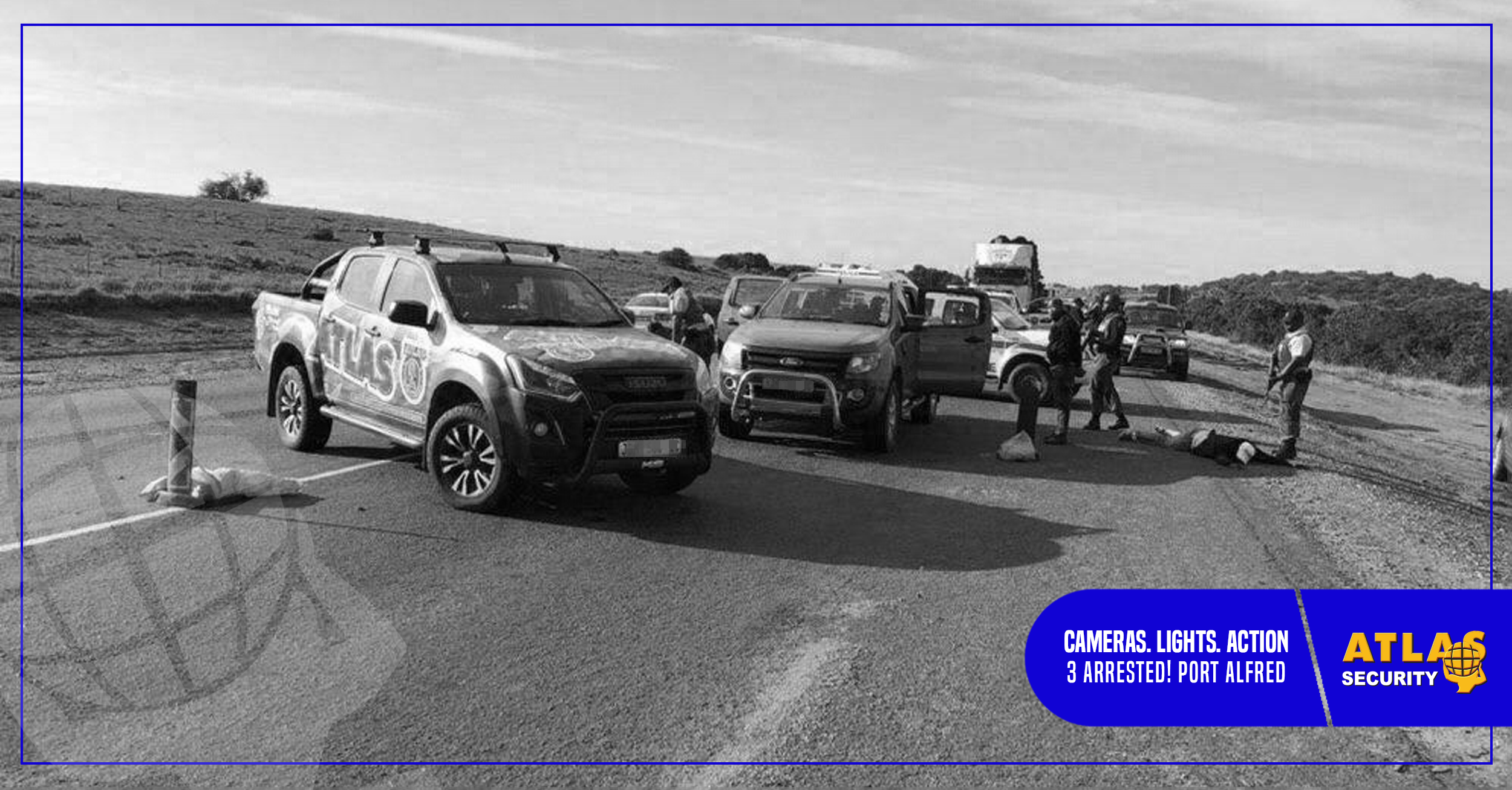 CCTV cameras assist in nabbing suspects after a high-speed chase!

This afternoon an alert was received from the SAPS to be on the lookout for a suspicious vehicle heading towards Port Alfred.

The vehicle was flagged on our License Plate Recognition (LPR) camera system as being allegedly involved in various syndicate crimes. Just outside of Kleinemonde the vehicle was detected by our team and the SAPS. Atlas Security Armed Response Officers and the SAPS headed in the direction the vehicle was travelling.

When Atlas Security spotted the vehicle a high speed chase ensued with SAPS. The suspects then started throwing firearms out of their vehicle in an attempt to conceal them. While the chase was playing out Atlas Security Control Room was monitoring the situation with the help of our CCTV cameras. This enabled us to determine where the vehicle was going and relay this information to our teams on the ground. Back up was called by both Atlas Security and SAPS.

Clinton Millard, Director of Atlas Security – Port Alfred, who was involved in the chase, managed to over-take the suspected vehicle. He got ahead of the vehicle and blocked off the road.

After an armed show of force from his side, the vehicle with 3 suspects eventually stopped. Seconds later SAPS and other Atlas Security vehicles arrived. The suspects were arrested and a number of firearms were recovered.

Clinton Millard said “Partnerships such as the one with SAPS, allow us to combine resources and achieve incredible results – criminals had better watch their step”.

Atlas Security CCTV Manager, Jason Kümm said “Atlas Security has been working hard for the past 18 months with the various farming associations in the area to build a state of the art CCTV network. To date we have seen a number of successes in fighting crime through the use of these CCTV cameras and our relationships with the SAPS and response teams on the ground. Our aim is to grow the network along with our key partners in the rural areas to ensure a safer community for all. We have noticed a significant drop in reported criminal activities in the areas in which we have installed these cameras, which can only be accredited to this state of the art technology we are installing, along with the proactive efforts from the role players on the ground”