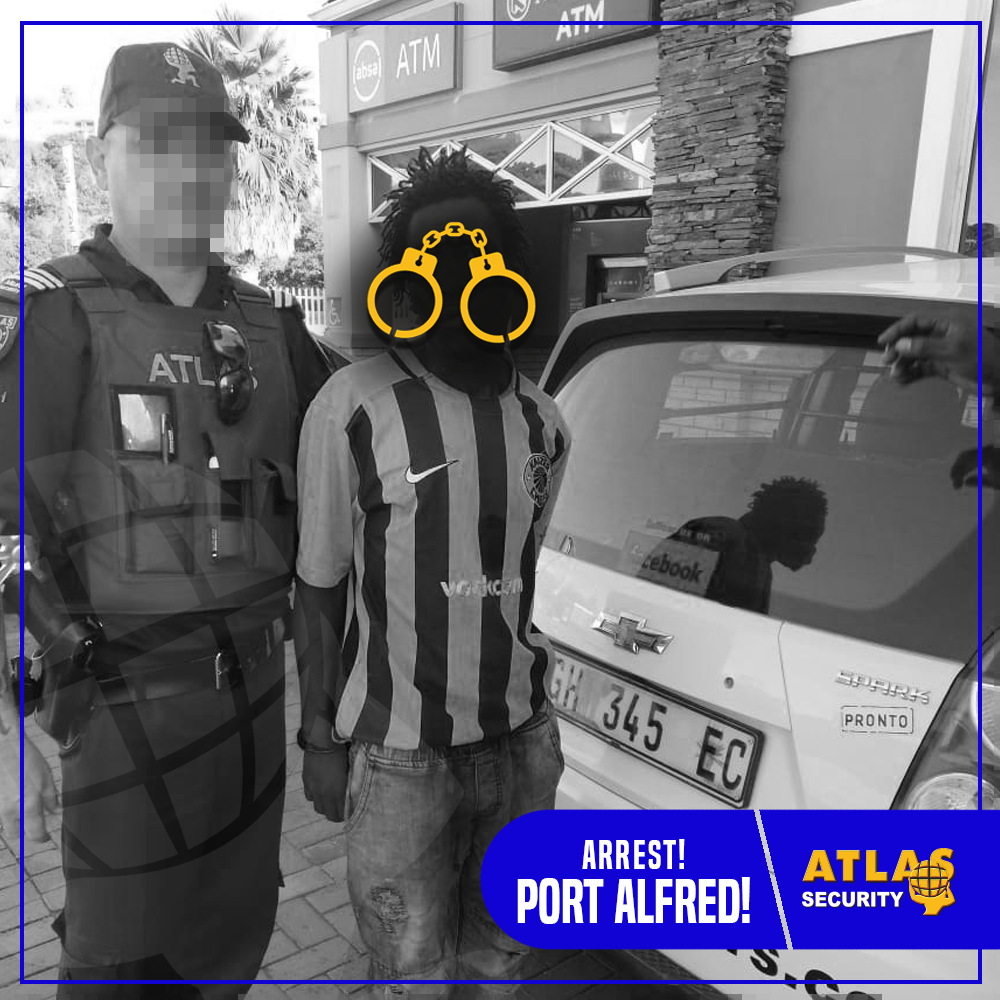 Our Port Alfred control room received a call from an owner of a popular supermarket store that he had evidence on CCTV of a suspect attempting to steal property from the building. It was ascertained that the suspect had caused malicious damage to the property as well. Atlas Security Armed Response Officer, B203 with the client viewed the footage to get a clear identification of the suspect. We assured the client that we would alert all our area vehicles to be on the lookout for the suspect.

While patrolling, both Atlas Security Armed Response Officers, B203 & B206 spotted the alleged suspect matching the description from the CCTV footage. He was taken to the client who then confirmed to be the same individual who had attempted to steal and caused damage to the property. Atlas Security arrested him and alerted the SAPS. He was handed over to the SAPS and charged for vandalism.

We’d like to thank our hard-working and dedicated Armed Response Officers for their continued passionate work in the fight against crime, this being the 2nd arrest this week!