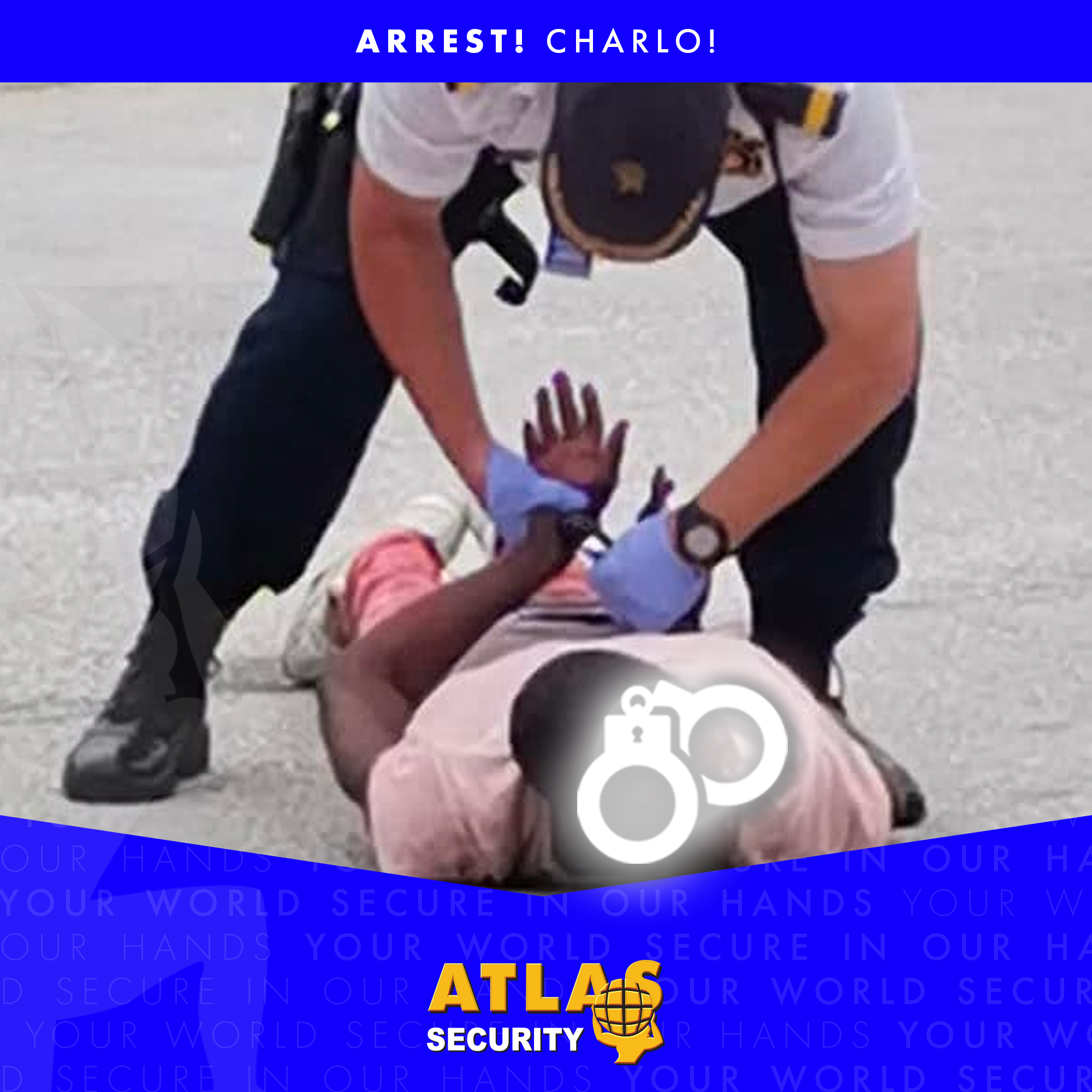 A criminal thought that he would have an easy day at the office, until he realised that choosing Charlo as his target was his biggest downfall.

The suspect burgled a Non-Atlas client on Thursday afternoon in Godfrey Avenue, getting away with a watch, necklace, keys and other small items. A resident in the area caught sight of the suspect and the pursuit began, ending in success as he was apprehended in Cleonie Crescent. A great effort as the suspect attempted to use various properties as the hurdles in his escape, but he couldn’t get away.

This is a tribute to the vigilance and heroics of the community members involved in the arrest, all that our Officer, B11, had to do was place the handcuffs on him and hand him over to the SAPS. An easy day on the job for him, don’t you think?