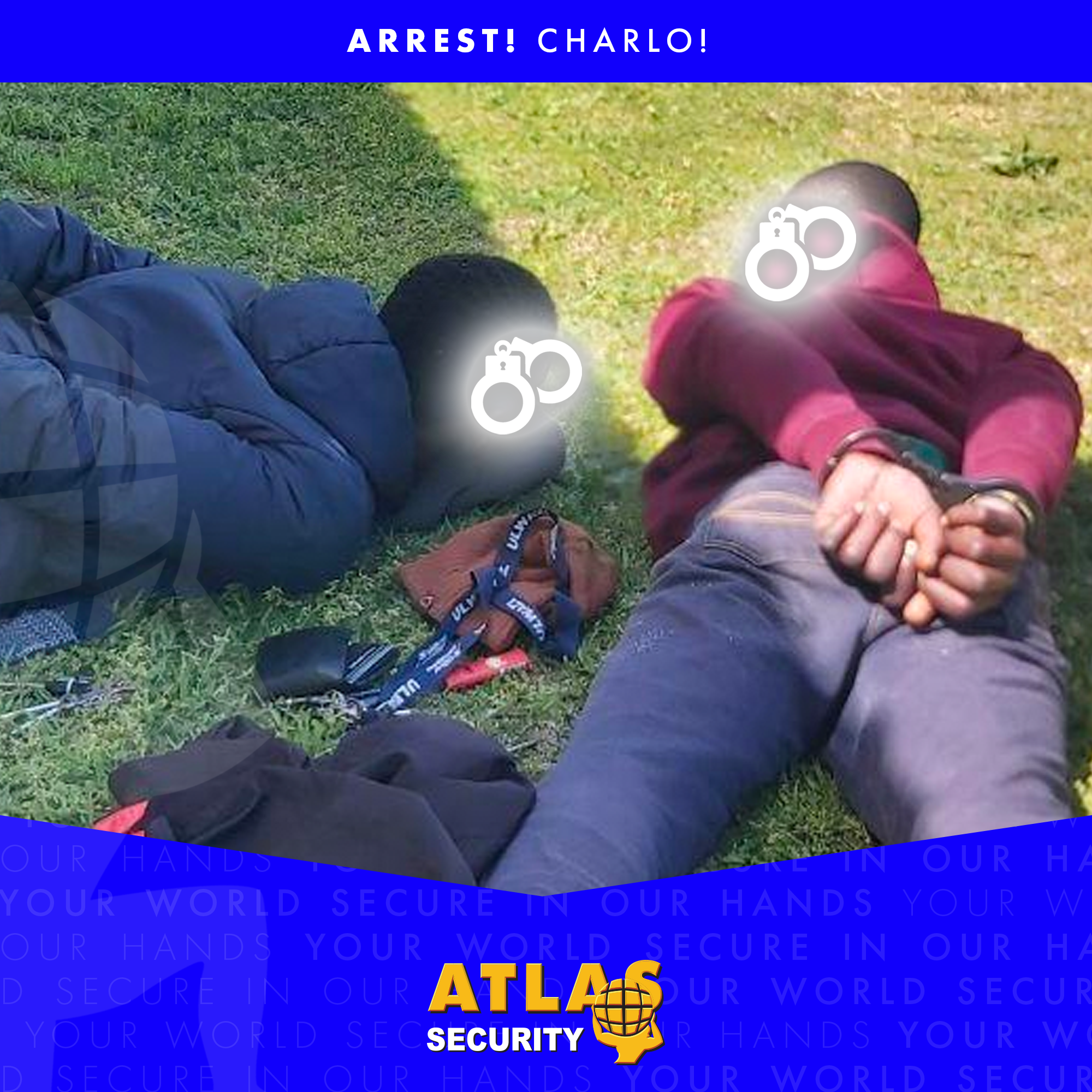 The Atlas Security Control Room received a panic signal from a residence in Martin Road on Tuesday, Armed Response stood down and the client explained that when she got home she heard a noise in the garage. She saw a suspect who fled as soon as he noticed her.

The armed response officer then started patrolling the area and in no time spotted the suspects jumping out of a Non-Clients yard just down the road. The Armed Response Officer moved in and apprehended both suspects, who were then handed over to the SAPS.

After investigating further, it was discovered that the suspects had attempted to break through the back door of the premises but could not gain access through the gate. Stolen items found on the suspects include car keys, a wallet and a screwdriver. The keys did not belong to the resident and all items were handed over to the SAPS.