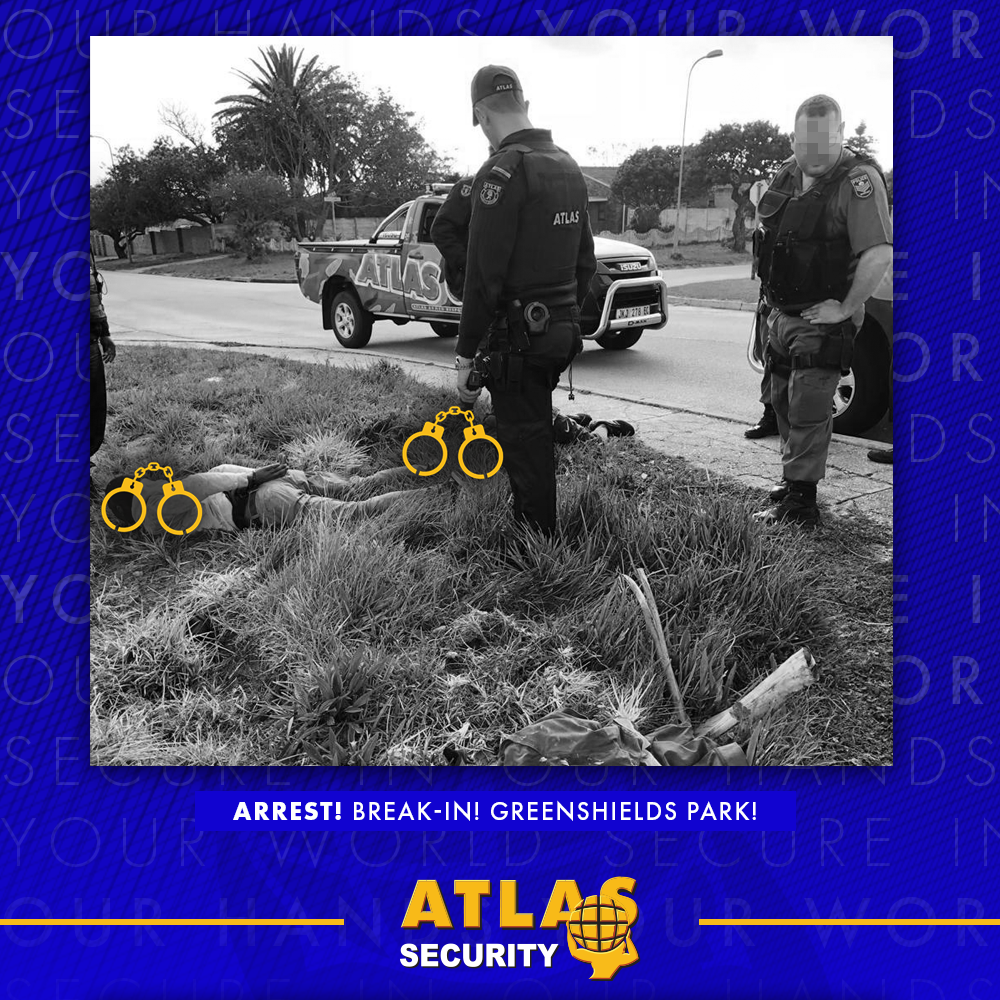 Atlas Security Armed Response Officer’s swift response to a residential break-in in Charlo led to the arrest of two suspect shortly after 9am on Friday morning.

Atlas Security’s Operations Manager, Monty Montgomery said that the Armed Response Officers responded to an alarm activation in Charlo “When the Armed Response Officer responded to the property he identified that it was a break-in and also noticed three suspects fleeing the scene. He immediately called for back-up and alerted the team in the Greenshields Park area where they were seen fleeing”.

The team immediately cornered off the area in which the suspects were heading towards. Atlas Security Armed Response Officers B15 and B2 caught the two suspects and arrested them along with the stolen TV. Members of the SAPS attended the scene as well as the K9 Unit which swept the area to check whether the other suspect was still hiding in the bushes.

Monty commended the officers for their swift response and quick thinking at the scene which led to the arrest of two suspects. “We are committed to the fight against crime in the communities that we serve and we are determined to bring criminals to book and to ensure they face the full wrath of the law for their crimes”. The SAPS have confirmed that the two arrested are wanted for other house break-ins that occurred in Walmer and surrounding areas.