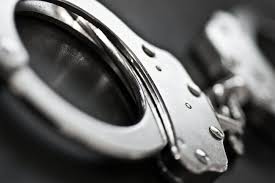 By Ryan Morris
comments off
83
0

On Sunday Afternoon, a suspect gained access to the second story of a premises in Westview Drive. He took his time packing his loot on the bed while the children were watching TV downstairs. When they went upstairs, they noticed the laptop missing and heard noises in the room. They realised the situation that was unfolding and contacted their father.

The father arrived on site as the suspect was attempting to flee. He jumped from the second story, injuring himself in the process. He jumped into neighbouring yards to begin his getaway, but plans never went his way when coming face to face with another resident in Pagden Street. The client contacted our control room, who immediately dispatched Armed Response to the scene.

The suspect only made it into one more yard before Armed Response apprehended him. He was handed over to the SAPS, who took him away, and Gardmed stood down to assist the client.

What turned out as a happy ending could have ended in so many different ways. Educating your children on the dangers that exist is crucial, but what’s more important is educating them on what to do in the middle of a situation. The children could have investigated the noises, but they knew to withdraw themselves from danger and call for help. Use role-play to act out different situations so that their reactions to emergencies become muscle memory. Ensure they know where all the panic buttons are and how to escape to safety.