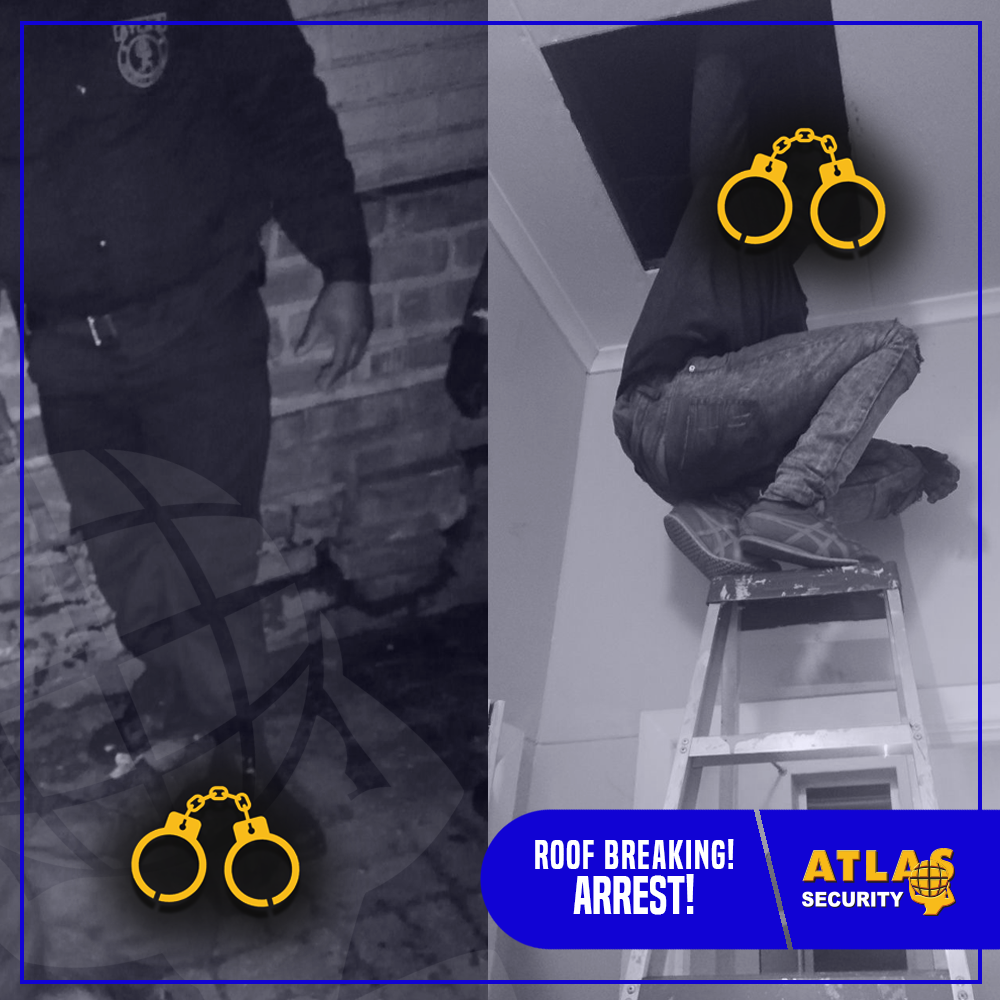 Last night a suspect was arrested at a clients’ premises in Cathcart Road, Humewood. The client had pressed their panic button after seeing the suspect jumping over the wall into the property. Atlas Security Armed Response Officer arrived within minutes and together arrested the suspect.

The second arrest for the night took place in Brickmakers Kloof. Atlas Security received a positive activation of a break-in at a premises. Our Armed Response Officers met the key-holder at the property who opened up to allow for a thorough search. A suspect was spotted hiding in the roof, it took some time but the suspect was eventually arrested.

Atlas Security has over 150 Armed Response Officers and the largest vehicle fleet in the Metro. What makes us different? the MUSCLE to push out crime!