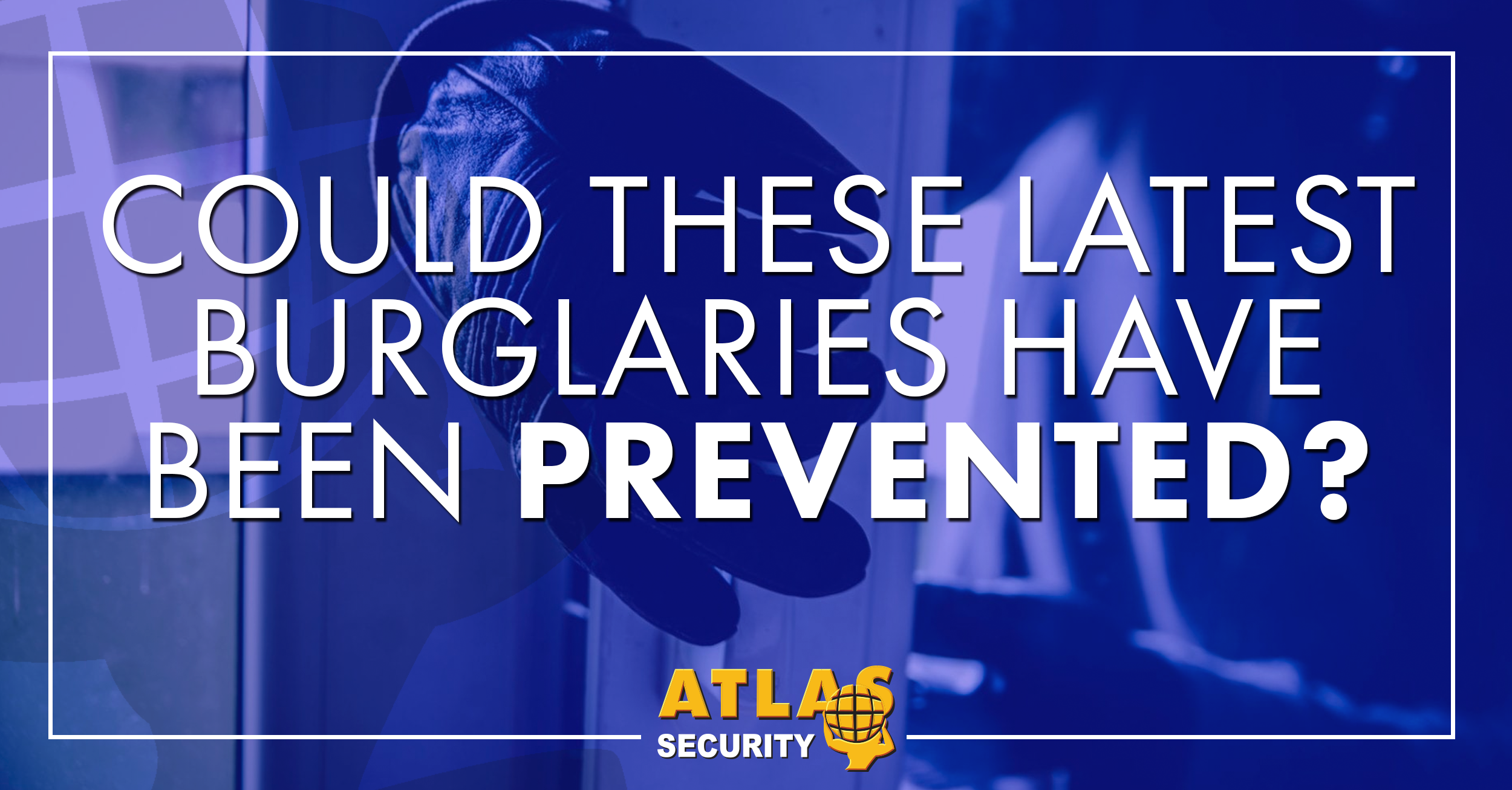 Could These Latest Burglaries Have Been Prevented

Atlas Security has noted a sharp rise in burglaries, both in the residential and commercial sectors. Could anyone of these burglaries have been prevented, and if so how?

We unpack a few burglaries which have occurred during the last few days where our team have responded. Between the 14th – 19th August, we have responded to 24 burglaries, areas include Essexvale, Parsons Ridge, Walmer, Lorraine, Sunridge Park, Fernglen, Humewood and Newton Park.

We have noted a trend where suspects are accessing properties through bathroom windows, as usually these areas are not protected. The suspects will then enter and go for anything of value and flee once the alarm triggers.

Atlas Security’s CCTV Manager, Jason Kümm says, a strategically placed analytical camera with a built-in flashing strobe light could prevent this occurrence from taking place. Even though your bathroom is generally a weak entry point, a camera monitoring the area outside the window would identify a potential suspect before they even reach the window. The strobe light is also a deterrent as the intruder will know he has been spotted and generally choose to flee rather than risk apprehension.

On the commercial side, businesses are being targeted by accessing the property through the roof, in some cases, these burglaries have been missed by the guard on site. The suspects would then “rip” the alarm panel completely disabling it, and in some cases will not send a signal to the control room.

Usually, when you enter your home from the front door, there is a delay time in order to open your door and get to the keypad to disarm it. Intruders are well aware of this and use this as an opportunity to buy time. Atlas Security has responded to 5 “front door kicks” during the past 7 days.

Intruders kick the door, then use the time they have before the alarm activates to grab as many valuables as possible, usually laptops and TV’s are on top of their list. In the event of a front door kick, it is advised that you have a shortened delay time, in order for us to receive a signal faster.

Many of the Atlas CCTV clients were experiencing loss or damage on a weekly or nightly basis before investing in a perimeter surveillance solution with Atlas Security. Again the Smart Analytical cameras are used to identify a potential threat before the suspect or intruder has even gained access to the property. This allows the Atlas Control Room to not only direct the armed response officer to the exact location and a description of the intruder but this also often all takes place without the intruder even realising they have triggered an alarm from the camera. this buys time for the armed response officer to get on-site before the intrusion takes place or while the suspect is still on the premises.