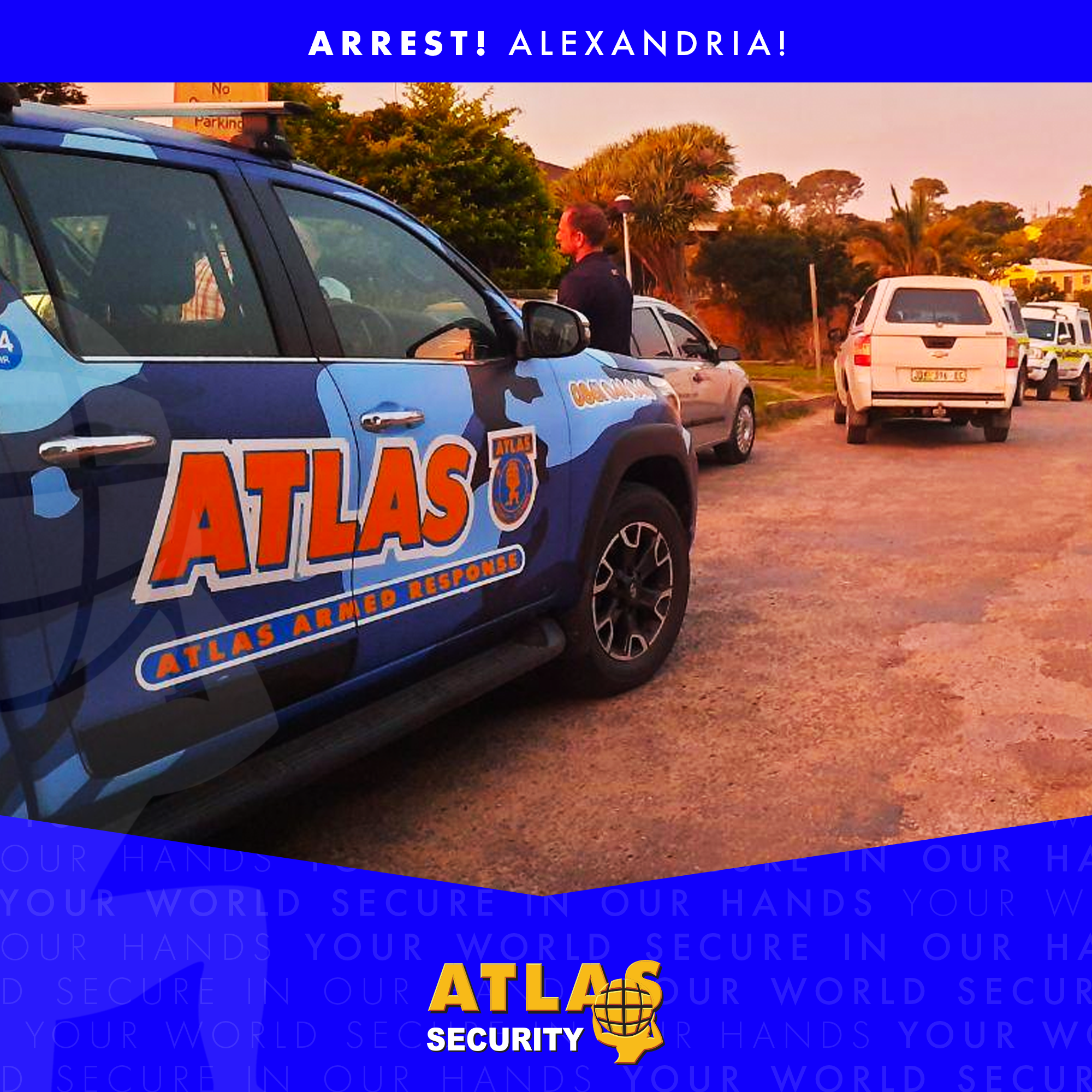 In what turned out to be a game of cat and mouse with a dramatic ending, the Atlas Armed Response Officers in Alexandria were able to apprehend a suspect for theft from a Non-Atlas premises over the weekend.

The pursuit started when the suspect allegedly stole items from a premises in Wes-Heuwel Street. During the chase, Armed Response officers cornered the suspect on two occasions with the suspect managing to evade arrest, but failure is simply not an option to the Atlas Security Team. They continued after the suspect into the Wentzel Park area. Additional units were dispatched from Port Alfred to assist, an advantage of having the largest armed response fleet in the area.

Once cornering the suspect in Wentzel Park, the team was faced with another challenge. Not only did the members of the community refuse to let our team near the suspect, but the suspect himself launched an attack on one of our team members with a knife. The matter was quickly defused and once again the suspect attempted to make a run for it while more community members were attempting to protect the suspect.

The SAPS arrived at this point and were able to assist us in making the arrest, the situation started to escalate further with the community throwing rocks at the SAPS and our team, which lead to another arrest being made after a SAPS vehicle was damaged.

The two suspects were removed from the scene and law and order was regained. We would like to salute the heroics of the Armed Response Officers involved and the SAPS. Your bravery to stare danger in the face and not back down for the good of the community is recognised. It gives us great pleasure to report that throughout all the violence, no one was injured during the incident.