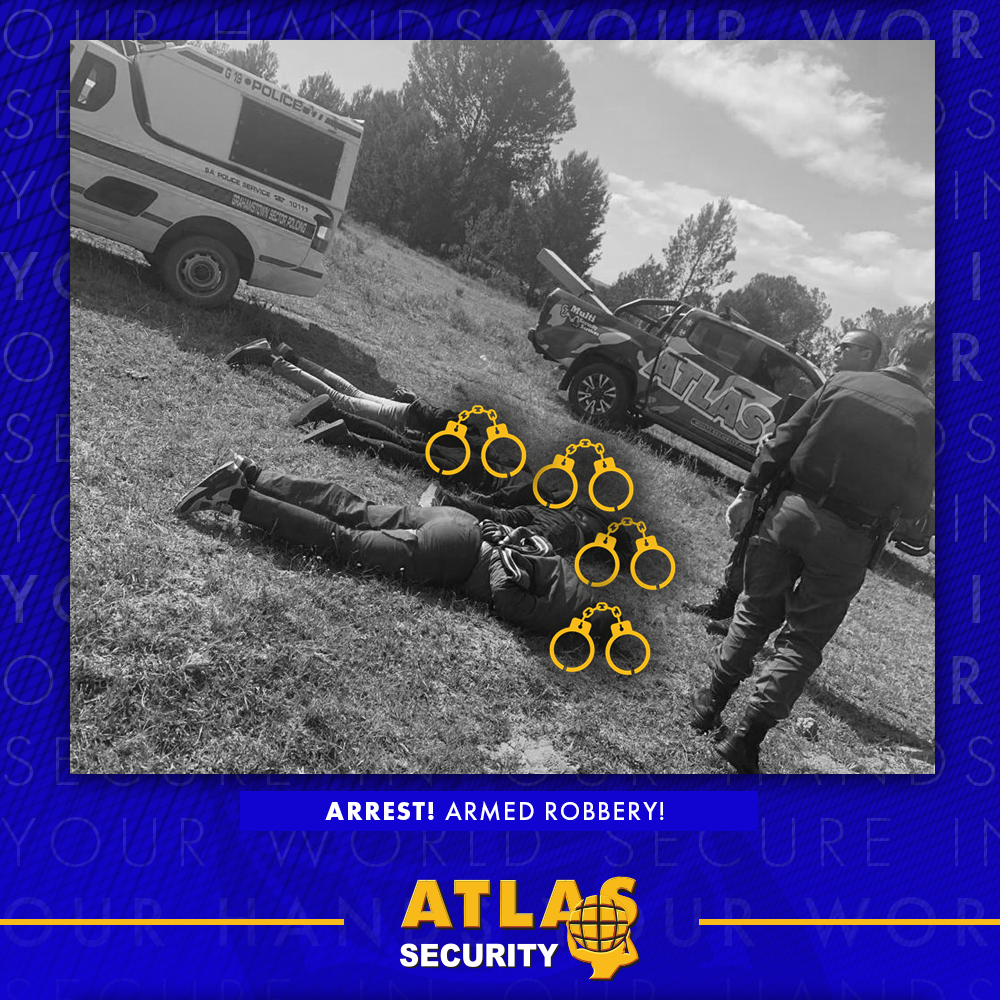 Swift team work between Atlas Security and the SAPS led to four suspects being arrested shortly before lunch on Friday, this was after our control room received a notification of a vehicle linked to an armed robbery that took place in Alexandria.

The Atlas Security Control Room immediately jumped into action and began reviewing footage on the CCTV Cameras in the area.

The SAPS caught up with the vehicle and a high speed chase ensued. Through the teamwork and coordination between SAPS and the Atlas Security control room the SAPS were able to intercept the vehicle in Paterson where the arrests were made.

Atlas Security CCTV Manager, Jason Kumm commended the SAPS, Atlas Security Armed Response and the control room for their swift response. Atlas Security is committed to continue working closely together with the police and the community to fight crime. We have already achieved a number of successful arrests throughout the greater Port Alfred area employing this strategy.

This vehicle is allegedly linked to multiple robbery cases that are currently open with the SAPS in Port Elizabeth.