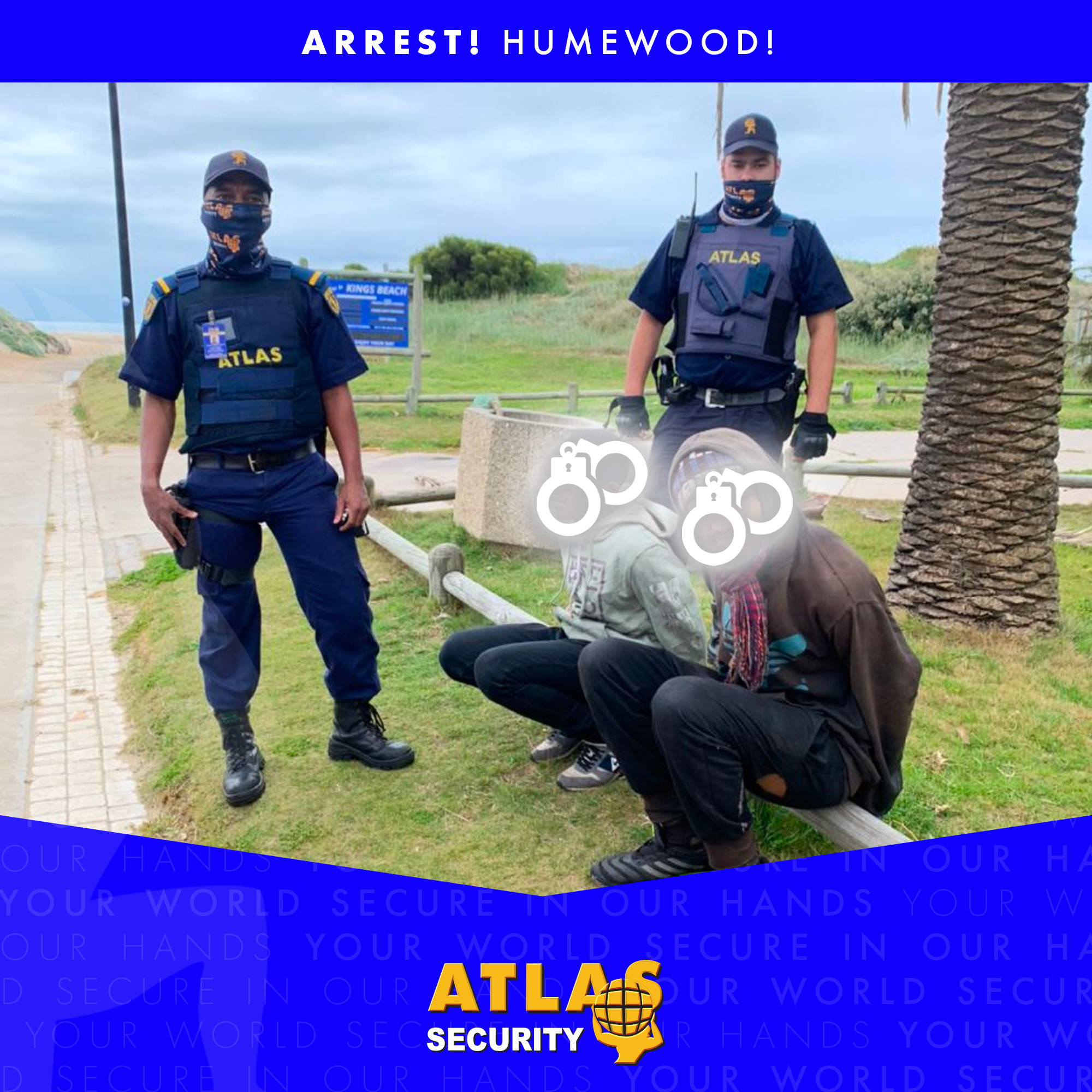 The Atlas Security Operations Team proved that they are firing on all cylinders as they apprehended 4 suspects in three separate incidents on Monday within the Nelson Mandela Bay area.

The first incident took place in Humewood. The Atlas Security Control Room received a call with information that suspects were trying to enter the premises. Armed Response was dispatched and, arriving in less than 2 minutes, apprehended both suspects with the stolen items. The suspects were handed over to the SAPS.

The second incident took place in Uitenhage. Members of the Mosel Neighbourhood Watch apprehended a suspect for theft, but the suspect managed to get away. Armed Response Officers assisted in the chase and additional units arrived to assist. A responding unit heard that the suspect was being chased towards his position in Church Street and blocked his escape route. Armed Response apprehended the suspect and handed him over to the SAPS.

That there was a male running in Steboneath Street, towards Heath Street, and that he was covered in blood. Armed Response was dispatched to investigate. The male was located and it was uncovered that he had attempted to break into a premises in Milner Avenue. The suspect was taken into custody and handed over to the SAPS.

The Atlas Security Team is fired up to protect you and your family. If you want to join to the best then you can contact us today on 0861 585 585 or email us at info@atlas24.co.za